Do you want to grow your money? Are you eager to be rich? A lot of people are keen to increase their finances by a ridiculous amount and many have various mindsets about how to achieve this. Some, for instance, believe they can essentially will it to happen through the art of positive thinking. It’s a cool idea and one that is definitely embraced as well as promoted in the world of those who have already reached the elusive 1% club. That is to say that 1% of the world controls nearly half of the world’s wealth. That’s capitalism for you folks.

Regarding positive thinking, many of the world’s richest people love this idea and attribute it to their own success. For instance, Jim Carrey famously claimed he envisioned himself cashing a $10 million check before he cashed that exact amount for Dumb and Dumber. Now skeptics will claim that Carrey was ridiculously talented and already a rising star by that point but he’s not the only one. There are self-help books like The Secret that also promote this concept and encourage everyone to get on board. While it’s interesting that this concept only seems to work in the developed world and people aren’t able to will themself out of poverty, that doesn’t mean that the rich don’t have some good ideas to share. So, let’s explore some of their crucial habits.

Kylie Jenner is the world’s youngest self-made billionaire, so say, Forbes. Don’t get hung up on the fact that she was already famous by the time she started her business or that her family is one of the world’s most powerful influencers in society right now. Forget about all that because it’s not important. The reality is that she did go from making millions to making billions. She didn’t rely on Keeping Up With The Kardashian’s paychecks. Instead, she diversified and went into business creating beauty products. So, this is the real message from her success and others like her. For instance, Jessica Alba was making millions from making money and then diversified herself, taking her net value to just under half a billion.

We’re not saying that you’re going to achieve this type of success if you diversify your own investments and goals, but it’s never a bad idea. You have more chances of success this way and you provide cash cushions. You can also test your investing abilities with a platform like konto demo forex so you can handle economic issues without being back to square one.

Oh boy, do they ever. Do you know one of the most popular pastimes of the rich and famous? We’ll give you one clue. Ocean’s Eleven was right on the money. Yep, that’s right, they love to play games like poker. They love raising the stakes and making even more cash. Now, there’s an argument that gambling isn’t really a game of luck if you know what you’re doing. Sure, horse racing is about deciding which horse looks like a solid contender. But when you start using resources like Free Bet, you can look at the odds, compare and contrast possibilities, explore patterns, and then start making more calculated decisions.

Poker is the definitive example of when betting becomes something more than just putting it all on red. There’s definitely evidence that the rich and particularly the celebs aren’t as silly as they seem. Kevin Smith has famously claimed that Ben Affleck is incredibly smart but downplays it to keep getting movie roles and to avoid awkward issues. Affleck is of course well known for playing poker and was recently part of a campaign to raise money for COVID-19 by playing. That brings us to another habit of the rich.

Okay, not all of them do. Very few celebrities and businesses have actually decided to donate to COVID-19 efforts. Instead, they have pushed for the public to donate more by appearing in campaigns and charity promotions. But regardless of how they approach it, a lot of them do get involved in charities. Some do this because they have been directly impacted by the issues that charity supports. Others do it because they want to boost their image and many more do it out of the kindness of their hearts.

Giving to charity is always beneficial because it allows you to put something back into this world. If you believe in karma, then this is important. From a financial perspective, giving to charity is also critical because it gives you a sense of the value of money. Various reports have suggested that people who give to charity often have a stronger concept of how to spend their money in the most effective ways.

This sounds crazy, but it’s honestly true. We’re so used to seeing celebrities and the rich jetting around in speed boats or spending time in luxury mansions, we forget most of them don’t live like this at all. Many keep their spending under control, at least compared to their insane incomes. The simple reality is that the rich want to stay rich and it’s easier than you think for the money to run dry. We’ve seen countless celebrities overspend and end up in debt or broke due to ridiculous investments. Johnny Depp famously bought an island and his finances are an absolute mess. A lot of the rich are preparing for downturns. They know that the more costs they have, the more they have to earn. That’s why they will often do their best to keep the costs under control. Some celebrities who live in New York can be seen taking the tube, getting out of taxis, and shopping at typical stores. You see, they’re just like you and me. Others are stingy. Michael Jordan – yes that Michael Jordan – was famously called out by another celeb after tipping a waitress five dollars in Vegas.

Yes, it’s a little ironic and slightly annoying when celebs and the rich berate the public about the damage they cause to the environment. Particularly, when the 1% are largely responsible for causing the most damage, particularly as they cruise around in their private jets. However, in certain cases, they do look for ways to go green and this is again about saving where they can.

If you look at the home of the modern celeb, you’ll often find that they do have solar panels on their roof. That’s probably a smart idea because fueling a mansion isn’t cheap. If you can get energy from off the grid you’re on the right track. The good news is that these options are far more affordable than they used to be. They will fit into a more conservative budget.

They Don’t Advertise Their Wealth

Again some do, but most will not show off their wealth. More of the 1% than you think to live very private lives out of the spotlight and that’s just how they like it. Let’s say that you win the lottery. Should you immediately call up the papers? Nope. Should you tell your friends and family? Potentially, but it might be worth just keeping quiet. Once you do start earning serious cash, you’ll quickly find out who your real friends are and who are looking to check-in. As well as this, you put yourself up as a target if you advertise your wealth. We’re not just talking about criminals either.

Everyone is keen to get a piece of someone who suddenly has more money than they know what to do with.

Fun Ways To Ensure You Are Motivated To Stay Fit 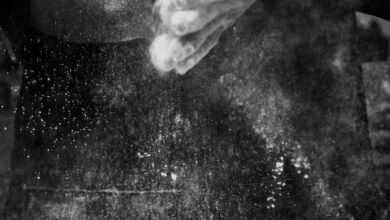 Food Related Hobbies That’ll Make You Feel Like An Expert 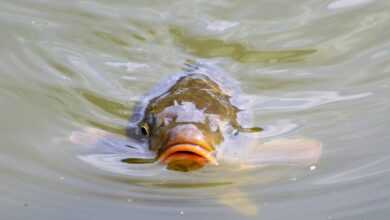 Why Carp Fishing Is So Popular With Beginners