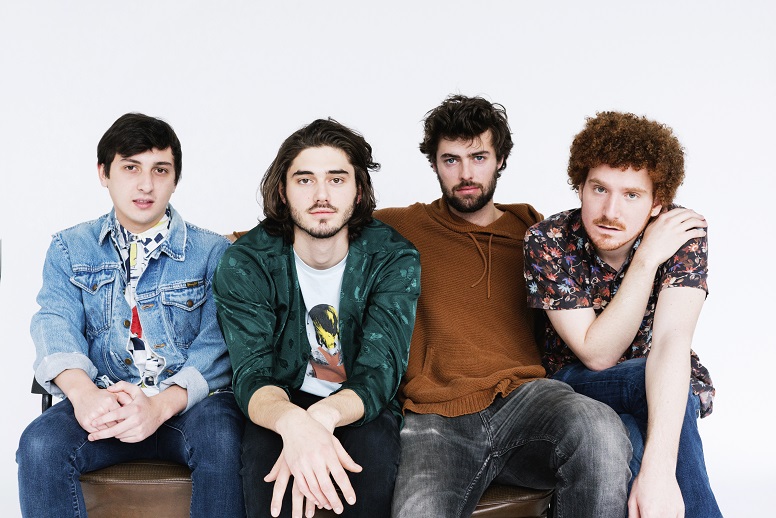 “Active Bird Community have got the swagger and the daring, but also the intense vulnerability that permeates your life when you’re young and trying to find out exactly where you fit in the world.” – The Line Of Best Fit

“The Brooklyn four-piece may sound laid back, but they don’t shy away from really digging into their own vulnerabilities, fears, and frustrations and fleshing these out in their songs” – Stereogum

“a winning missive; smart and accessible, dazzling in its brightest moments and suitably sullen when the light fades. These birds are ones to watch…”
– Upset

“one minute The Crocketts’ chaotic delivery, the next Fountains of Wayne’s measured rock with the poppier bits of Jimmy Eat World.” – Loud & Quiet

“Off piste and defiantly surreal” before going on to say, “it somehow hangs together remarkably well, like a smash hit from an alternative dimension.”
– CLASH

Following the release of their new album ‘Amends’, Active Bird Community have announced a short run of UK tour dates with Slothrust for January 2019.

The band will be playing the following dates:

Recently signed to Barsuk (Death Cab For Cutie, Charly Bliss, Rilo Kiley and more), the band — who have been playing together since middle school — have previously toured with the likes of Cymbals Eat Guitars, We Were Promised Jetpacks and more, and have already seen significant support from the likes of Billboard, Stereogum, Consequence of Sound, Audiotree and more for their distinct brand of indie-rock.There’s lyrical depth to their output and their music is brutally honest, but not without being completely infectious.

“In the simplest of terms, Amends is a record about forgiveness,” says Tom D’Agustino, one of the singers and primary songwriters of the Brooklyn-based band Active Bird Community. “Forgiving your parents for splitting up, forgiving your friends for not always understanding you, learning to forgive yourself.” The band’s forthcoming album, Amends, dwells in the intricacies of relationships — broken bonds between friends, family, and lovers — and hoping to heal.

In Hastings-on-Hudson, a small town just north of New York City, the band’s founding members — D’Agustino, co-songwriter/lead guitarist Andrew Wolfson, and bassist Zach Slater — were three teenagers without direction. Long summers were spent learning how to write and perform songs, and how to communicate complex emotions, which at such a young age brought the friends closer and closer together. “I think starting the band was almost a symbol of our friendship,” says D’Agustino. “I think we wanted to build something together.” Active Bird Community became an exciting new world for them to explore, a home to run away to whenever life got too confusing, too difficult to navigate. They didn’t expect the band to last through high school, so when it did, they had to choose: separate and head off to different colleges, or stay together and see where the band could go. They chose both, and with the addition of Quinn McGovern on drums, Active Bird Community’s lineup was finalised.

In the years since, as its members made their way through young adulthood and graduated college, the band has self-released three albums: the scrappy, lo-fi Magnum Opus, the tender garage-rock assemblage I’ve Been Going Swimming (2015), and their most recent release, the anthemic Stick Around (2017). They’ve cultivated a dynamic live show that’s fortified by a collective chemistry only possible from years of friendship. Active Bird Community is finely-tuned and musically tight — their earnestness and kinetic enthusiasm is wholly contagious, and still evident despite their advanced age of…24. And now, they’ve returned with Amends — their Barsuk Records debut and perhaps their most deeply felt album to date.

Amends is a contemplation on loss and forgiveness that volleys between the perspectives of D’Agustino and Wolfson. “We’ve both written for the records before,” Wolfson says. “But on Stick Around it felt like Tom’s voice was the protagonist and mine was the narrator.” D’Agustino’s anxious search for maturity was countered by Wolfson’s hesitation to stop and absorb the world around them. A similar step-ball-change of action and commentary drives Amends forward, only this time specific memories are unpacked, and the past is explored and confronted rather than avoided.

Take the title track — a driving, bittersweet song that feels sonically indebted to bands like Built to Spill, and fraught with the tension of family, loss, and learning to move on without resentment. Later there’s “Unwind With Me,” a breakup song that feels like it’s as much of a condemnation of the singer as a lamentation for failed love. “I’m unraveling everything, I need it slower than before, I need to call somebody more,” D’Agustino sings, refusing to skirt around his own culpability. There’s the McGovern-penned track “Downstairs,” a song about formless anxiety that begins delicately then gradually swells into a wall of guitar. “Silver Screen,” meanwhile, is a glowing vision of life ascending, how Wolfson imagines the future could be.

And lastly there’s “Lighthouse.” The track caps the record with a final story about D’Agustino’s mother, about familial turmoil, misunderstanding, and eventual absolution — of both oneself and others. “When I was in high school, my mom became obsessed with painting lighthouses. She’d paint them on everything, buy little lighthouse magnets or keychains, there were lighthouses everywhere. I think they gave her safety, some moments of stability in her chaotic life. There were times when my mom would be struck with this mania that would inspire and awe me, while also terrify me,” he says. “Sitting at the table with what felt like a makeshift family was too much to handle, so I checked out. Convinced myself that there was nothing wrong with me, the pain that my mother felt that drove her to incessantly make lighthouses wasn’t my pain. Enough time passes and I realize that pain isn’t crazy, it isn’t the end of the world. I’m old enough now to poke holes in how I was as a teenager, point out some faulty logic, but young enough still to remember where that logic came from, why it had to be formulated at all.”

Amends represents Active Bird Community’s efforts to contend honestly with the pain of their experiences and explore the empowering nature of forgiveness. “If you can’t forgive yourself, that robs you of your responsibility to be a force for good outside of your own immediate universe. When you take the step from blaming and wallowing, there is an opening for you to become a fuller person,” D’Agustino says. “In saying ‘it’s ok’ to your life, there’s so much power there. You can blame other people for how you feel or the choices you make, or you can take some responsibility for your feelings and your actions and try to make a change, and that first step is making amends.” 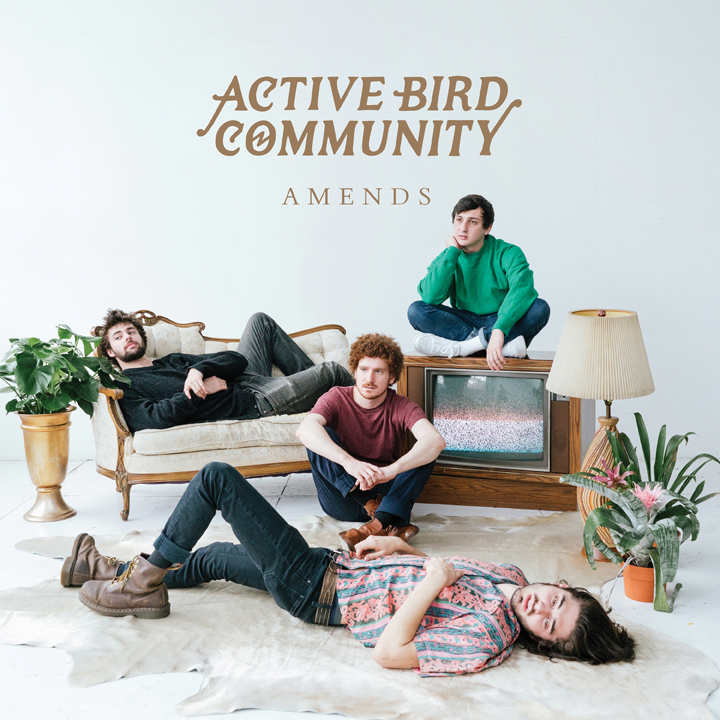 Planning An All Night Gaming Session With Your Buds? Check This Out First!