Out now via Gearbox Records 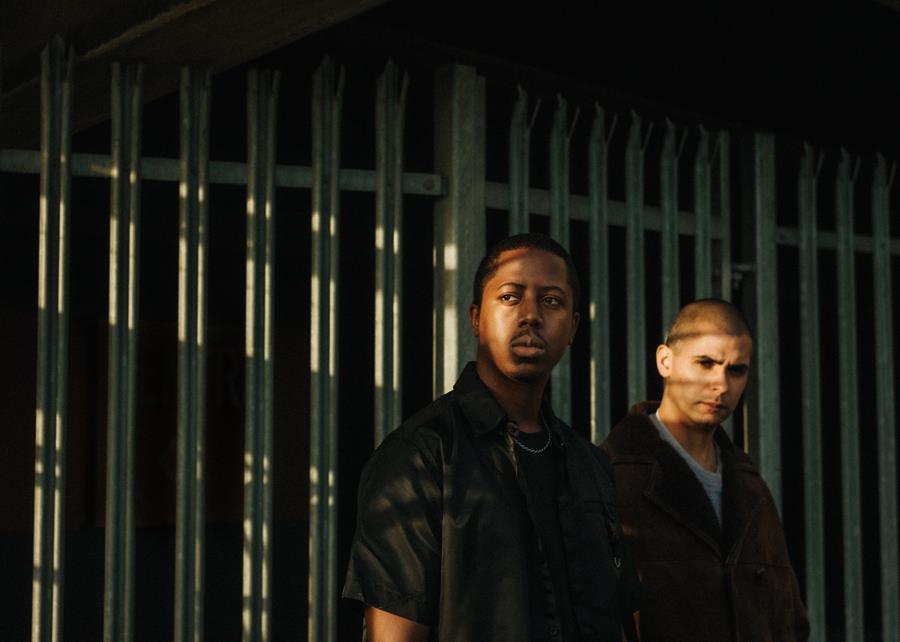 Selected praise for “Feeding The Machine”:

“it’s lightyears ahead of the competition” – MOJO (5-stars)

“In the hands of the likes of Binker Golding and Moses Boyd, jazz feels again like a space of boundless possibilities” – Uncut (full-page review)

“it sound[s] like the music is being beamed in from the far side of the universe.” – Stereogum

“a new sonic trajectory that is surprising and meditative in many ways.” – Loud & Quiet (8/10)

“a tempest of wheeling soprano brilliance” – the Quietus

“a formidable force.” – Louder Than War

“Binker & Moses continue to be completely in control of their dynamic creative vision.” – NARC (4/5)

“It takes nerve to make such a radical departure from a tried and tested recipe, but Binker & Moses have never been short on nerve.” – All About Jazz (4/5)

The new album marks the band’s first studio record since their widely-acclaimed 2017 album “Journey To The Mountain Of Forever”, and its subsequent live albums “Alive In The East?” and “Escape The Flames”. The album is out via Gearbox Records (Abdullah Ibrahim, Graham Costello, Chiminyo, The Cookers, Levitation Orchestra) on ltd. edition ECO vinyl (200 Rough Trade Exclusive / 300 directly from the label), standard vinyl, CD, and digitally. 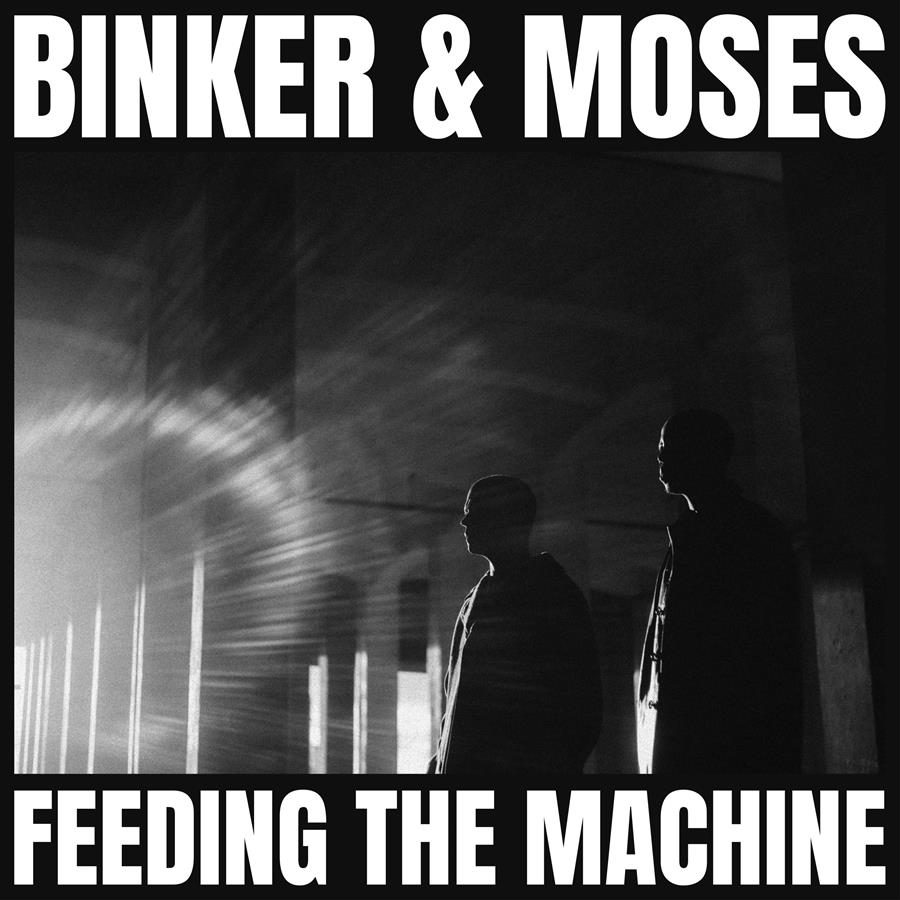 Speaking on the new material Moses Boyd says, “I feel myself and Binker have been wanting to create this album for some years. The timing was never right, and I also feel we needed some more experience under our belt to attempt a record like this. We knew we wanted it to be different from all our previous material. Each Binker and Moses record has a strong identity and we wanted to maintain that whilst contributing something new that excites us both.

When the opportunity came up to record it was quite last minute. We had no material planned but just a concept. Really, we took a huge leap of faith and went in the studio empty-handed. The only concept I had was this idea of feeding our improvisation through these different machines / configurations in the studio. We enlisted our long-time friend and collaborator Max Luthert on tape loops and modular synths to achieve this.

This album is less about the forms and melodies but more about pushing ourselves creatively within a different way of working. I feel we achieved something special which I’m very proud of.”

Binker Golding went on to say “I think the album for the most part has a really lonely feel. It’s the loneliest of the Binker & Moses albums, despite the dance tracks and I quite like that about it. It marks it out as different. Moses and I wanted to expand the sound of the band, but without adding more instrumentalists as we had on previous albums. In order to expand the sound of the saxophone and drums, we decided to ask Max Luthert to assist us on modular. Most of what you hear coming from the modular is actually a re-ordering of acoustic sax and drums. The only thing is it’s so distorted, that you wouldn’t recognise the acoustic sounds.”

Max Luthert has played live with Binker and Moses in various ensembles around the UK over the last 10 years, and also collaborated with the pair in Zara MacFarlane’s band which saw them tour around the world together.

On the new album, he says, “There wasn’t a lot prepared at all, if anything. I felt like Moses had a clear idea of the process and then we worked through it methodically. This was a big change to recording sessions I’d been involved in before and it was a really exciting way of working so very experimental from my perspective. I was very conscious not to detract from the sound of Binker and Moses and that I was very much there to compliment them. Taking that in to account I used modules that manipulated and effected sounds from them and the tape machine as that really felt like building on them and their playing rather than forcing something totally new. We agreed as well that there shouldn’t be lots of bass/sub sounds. Binker and Moses also have a very raw sound and so we settled on a lot of clean/pure sounding tones as those sounds complimented them really nicely.”

More info on Binker and Moses:

Made up of saxophonist and jazz stalwart Binker Golding, and Mercury-shortlisted drummer and composer Moses Boyd, Binker and Moses are amongst the frontrunners of a loose yet interconnected group of London-based jazz musicians that are influenced by the music that surrounds them including hip-hop, electronic, Caribbean rhythms, free improvisation as well as, of course, the jazz tradition. What began as experimental jams during soundcheck as part of Zara McFarlane’s touring band has evolved into 2 studio albums, 2 live albums, multiple awards, a performance on Later… with Jools Holland, critically-acclaimed live shows, and an unquenched thirst to continue pushing musical boundaries to the limit.

Binker and Moses’ incendiary debut album “Dem Ones” was recorded in 2014 from the live room at Mark Ronson’s Zelig Studio to the 1/4” tape machine with no edits, overdubs or mixing, and released through Gearbox Records. This began their journey as “the big breakout stars of the London jazz scene” (The Guardian), and went on to win them a string of awards including the 2015 MOBO Award for Best Jazz Act, a Parliamentary Jazz Award and two Jazz FM Awards.

Their second album, “Journey to the Mountain of Forever” (2017), was recorded in the summer of 2016 and included an expanded line-up of musicians; Yussef Dayes, Byron Wallen, Tori Handsley, Sarathy Korwar, and Evan Parker. Conceptually inspired by science fiction and fantastical prog/rock imagery with album artwork by Jim Burns (Blade Runner), the album was named MOJO’s No. 2 Jazz Album of the Year and cemented their status as the leaders of the London jazz renaissance.

The memorable album launch for Journey took place at the iconic Total Refreshment Centre in Dalston in the summer of 2017, and was commemorated through two live albums, “Alive in the East?” and “Escape The Flames” in 2018 and 2020 respectively, which garnered praise from Downbeat, The Wire, BBC Radio 6 Music and The Financial Times and showcased the electric experience of their improvisation-centric live performances.

Now, five years later, Binker and Moses are prepared to go against the grain again with this new material which can only serve as an exciting snapshot of what is yet to come from the duo.

“Feeding The Machine” is out now via Gearbox Records

Binker and Moses
“Feeding The Machine”

Engineered and mixed by Hugh Padgham