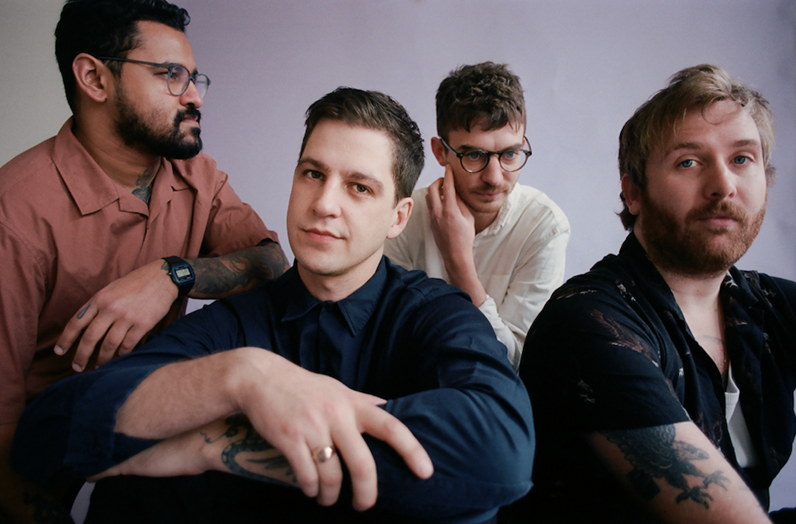 “Crows’ core strength is their ability to create countless hooks and melodies out of such a stormy canvas.” – DIY ????

“Crows are defined by their thunderous, Richter-scale-bothering fundamentals.” – Loud & Quiet

“One of Britain’s most thrilling rising bands” – NME ????

“It is an uncompromising welcome to their world.” – UPSET ????

‘Room 156’ was inspired by singer James Cox’s past obsession with true crime, and old faith healers. It thunders through chanting lyrics that’ll result in a rabbit hole of your own. The video was made by Cuan and Angus who bring the tense background and feeling of being trapped to life.

“I used to be quite obsessed with true crime, and this song was kind of born out of researching H.H Holmes and the World Trades Hotel in the 1860’s where he would murder people staying at his hotel informally called ‘The Murder Castle’ ”, James says of the new single.

He adds, “I also got quite obsessed with a faith healer from the early 1900’s called Reverend Major Jealous Divine and reading transcripts of his old sermons, so this is basically just a weird amalgamation of mad shit I read about.” 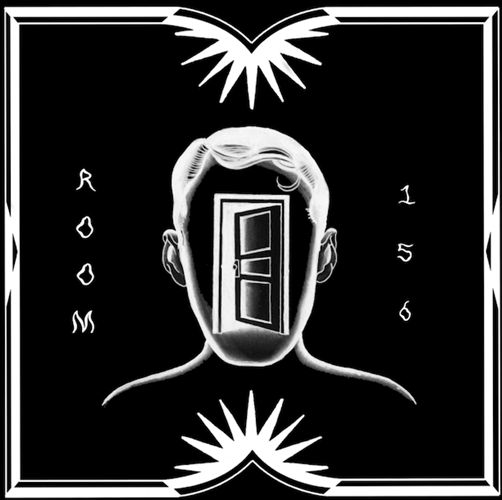 ‘Room 156’ follows last month’s single ‘Slowly Separate’ which is about the mundane routine of hand to mouth living, with a video made by creative team Sambu, made up of 404 Guild (Dirty Hit) member Taylor Devenny, and Ben Hughes. Watch here.

Both tracks are taken from new album Beware Believers. Equal parts ferocious and hedonistic, the incoming LP is due out April 1st 2022 via Bad Vibrations Records and perfectly captures the raucous, anarchic energy that Crows have become renowned for on the stage.

“Beware Believers has felt like a marathon, a real endurance test that’s been a long, winding road filled with highs and lows and plenty of twists and turns. The majority of the themes on the album came from what was going on in the world around summer 2019, Covid wasn’t in our lives and the biggest impact was Brexit and the madness our government were putting us through. I was reading a lot of J.G. Ballard and Kurt Vonnegut whilst all this craziness was going on around us and it was a weird headspace to get into.”

They’re also set to tour the UK/EU this April in support of their new album, including London’s Scala. Tickets on sale now here (full dates below). Crows will also perform at this year’s SXSW in Austin, Texas. 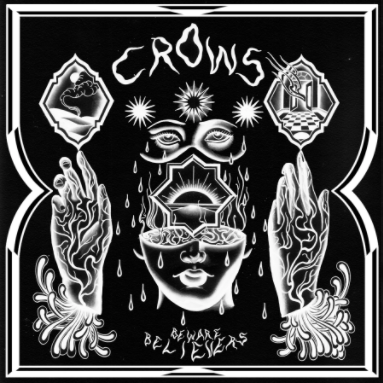 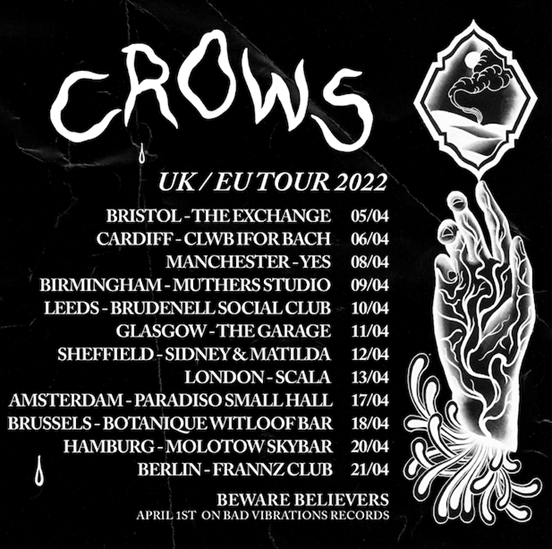