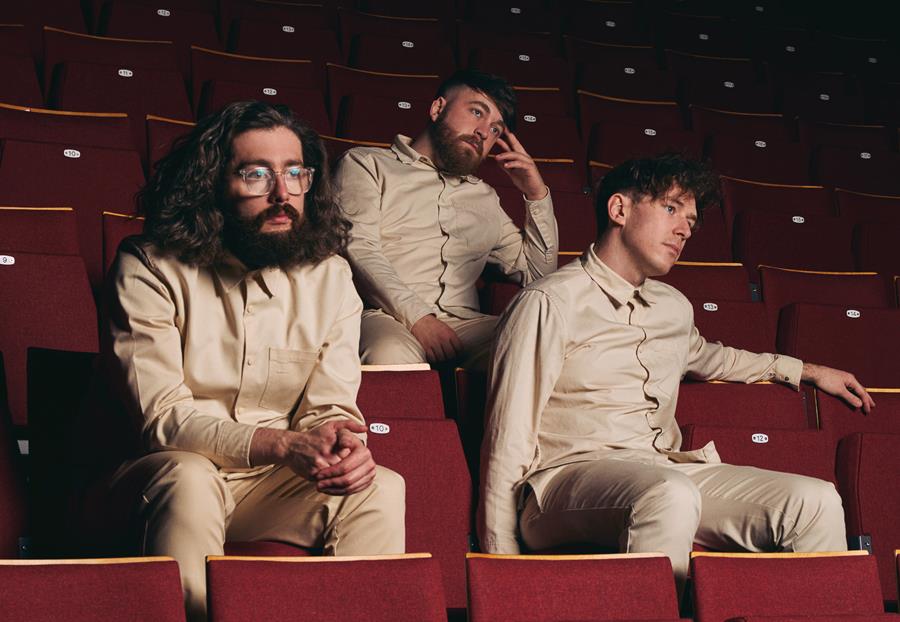 Glaswegian three-piece Fatherson have shared a poignant new live session video for a new song titled “Honest To God”. The track comes on the heels of the announcement of their first album in three years, “Normal Fears”, which sees the band return, but not as you know them. The album is a lush lesson in letting go. Gorgeous, groove-led singalongs steeped in electronics find the band in a playful mode, putting break-ups, old ways of working and everyday worries behind them to start afresh, sunny side up.

“Honest To God” is central to the new album, it’s themes, and the band’s move into a new musical direction; it’s a beautiful, bare piano ballad about a dark spell in 2019 when Fatherson struggled to see their future direction. The accompanying live session sees frontman Ross Leighton give a highly emotive and intimate performance of the track, showcasing forlorn piano lines and a truly powerful vocal performance.

Speaking on the single, Leighton says, “Honest To God is about one of the least confident times in my life, and feeling like a total failure. It’s about that crippling loss of confidence spinning yourself out into a really dark place. Thinking the worst in every situation and not being able to believe in yourself. I spent a long time trying to redefine what music meant to me and how, if ever, I was going to get the spark back. It took a long time to finish, unpacking everything that it is about really took it out of me. I wrote the chorus with my friend Joe from Amber Run over zoom and the verses over about 2 months myself. It had to say just enough and no more, I love that about it. It took a while to distill but as a result it is one of the songs on the album I’m most proud of and one of my favourite songs I’ve ever written.”

Alongside their new material, Fatherson also announced details of a new headline UK tour for March 2022 in support of “Normal Fears”. The dates will follow their recent October tour which saw them play to multiple sold-out crowds. The band are renowned for their encapsulating live performances, which have seen them tour alongside the likes of Lewis Capaldi on his EU arena dates and at Wembley Arena, as well as playing with Frightened Rabbit, Biffy Clyro, Idlewild, Augustines, Enter Shikari, Amber Run, Twin Atlantic, and more. 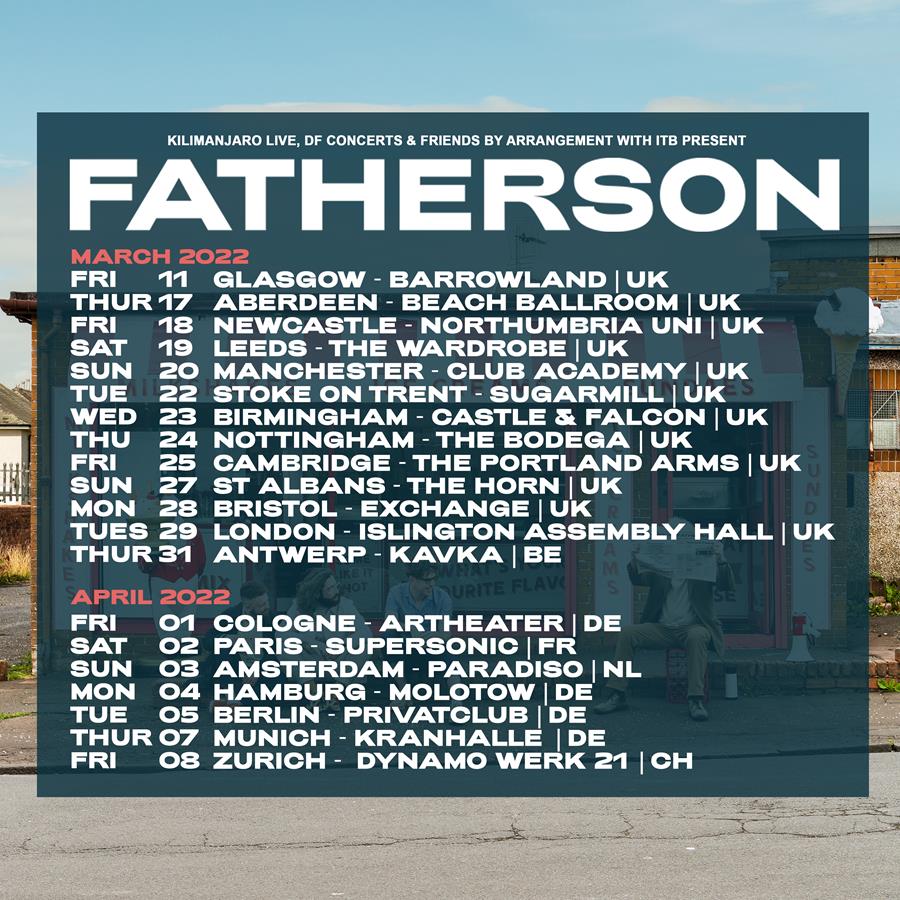 The follow-up to 2018’s “Sum Of All Your Parts”, “Normal Fears” was largely written remotely, with Ross in his native Kilmarnock and bassist Marc Strain and drummer Greg Walkinshaw in Glasgow.

“Our aim was to drop our guard,” says Ross. “Forget what we thought we knew about making music and just have fun. It was less about searching for a sound than trying out new ways of working. We were open to anything.”

“Normal Fears” got underway a few weeks pre-pandemic but took flight with the first lockdown. Stuck at home, Fatherson embraced the new normal and the fresh possibilities it posed.

“Luckily, lockdown was ideal for this album,” says Ross. “The separation gave us clarity. We’d send song parts to each other then each go away and work on them, trying out mad ideas we might not have suggested had we all been together.

“There was no pressure because no one knew when the world would open up again. We had the time to be creative and recapture the feeling we had when we first became a band, when there were no expectations of how Fatherson should sound.”

To help shake up their sound, the trio invited a cast of friends to contribute. Ross’s first remote writing session was with Danny Morgan-Ball. The plan was just to jam. But after a natter, the pair wrote two songs in under two hours – one of which was the album’s lead single “End Of The World”. The other was the widescreen “Love For Air”, on which sinuous melodies capture the rush of falling in love and a choir-backed chorus recalls Songs From The Big Chair-era Tears For Fears.

Ross wrote “Normal People” with Rich Turvey (Blossoms, Courteeners), inspired by both watching the TV series of the same name and Ross’s new relationship. “The Feeling and The Sound” is sun-soaked pop which sums up the redemptive nature of “Normal Fears” and was co-written with Seton Daunt (Kylie, Amy MacDonald). The shimmering “Dive” was inspired by Haim, features Amber Run’s Joe Koegh on backing vocals and nods to Radiohead in its middle eight.

When lockdown lifted in early summer, Fatherson returned to their Glasgow studio and, in October, the band decamped to RAK studios in London with producer Steph Marziano (Hayley Williams, Denai Moore, Mumford & Sons) and engineer Isabelle Gracefield (Dua Lipa, Stormzy), where “Normal Fears” took yet another twist. Rather than record everything live, as Fatherson previously had, songs were torn apart and reassembled, pianos fed through cassette players and ping pong balls introduced.

“We put 30 ping pong balls inside a snare drum and shook them around to get a sample for Honest To God,” says Greg, “Other times we bounced them off walls.

“There’s the sound of a dropped sandbag in there and a sample of a river in Kilmarnock which I had recorded as a wee nod to home. We added found sounds from the street, including a couple having an argument. The synth at the start of Love For Air is the song played back into a toy keyboard.”

Ross played the studio’s precious acoustic guitar which was used on Radiohead’s Fake Plastic Trees and is kept under lock and key. Drunk on cocktails one night, everyone took turns to whistle on the groovy 365, which features more ping pong balls in its middle eight.

“It was the most fun we’ve ever had making an album and I hope you can hear it,” says Ross. “It’s also a lesson to ourselves. We’re best friends in a band. Life is more than alright.” 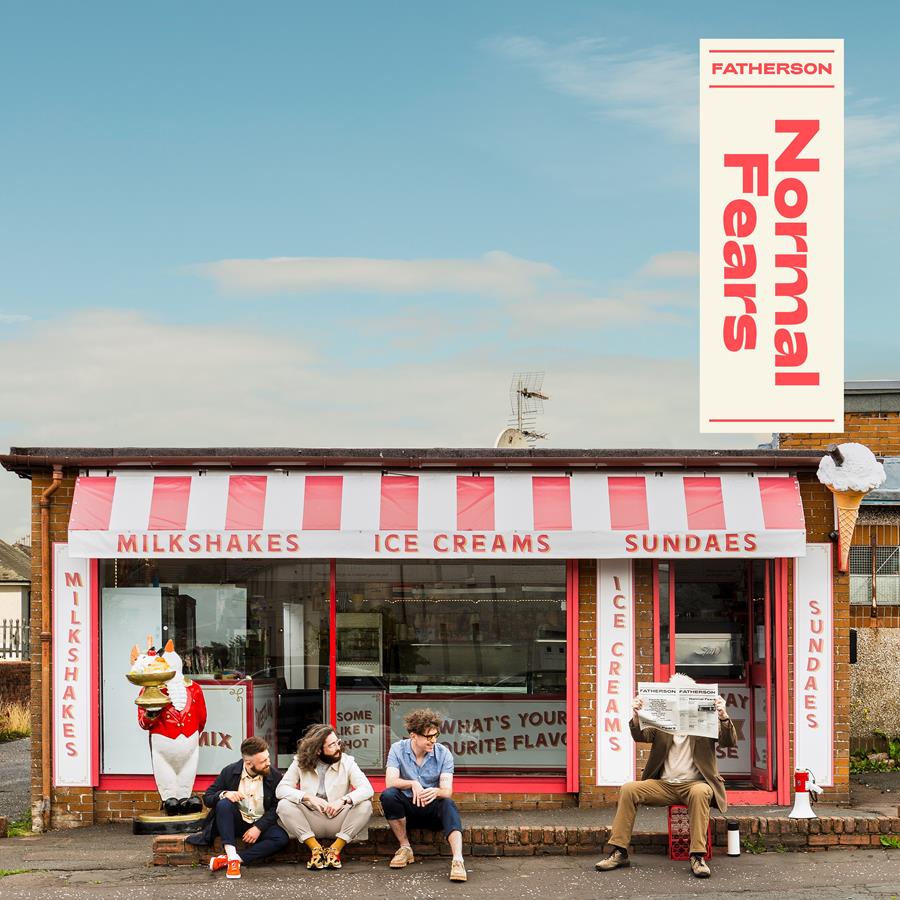