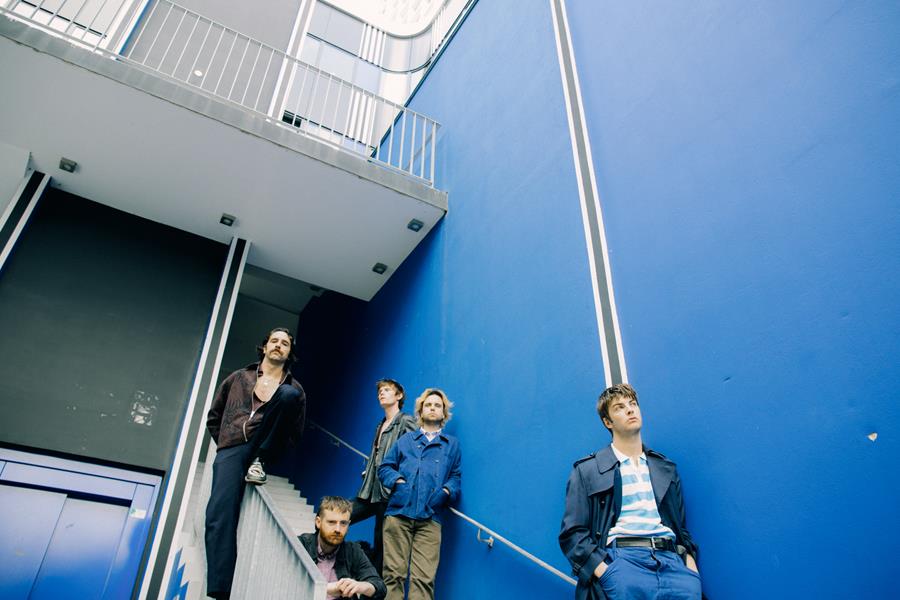 Today, Dublin’s Fontaines D.C. have announced an interactive livestreamed event, available exclusively on MelodyVR. Returning to the scene of their biggest sold-out London headline show to date, the virtual gig will take place on 23rd November at 8.30pm GMT from the O2 Academy Brixton.

Fans around the globe will be able to experience the performance from the iconic London venue, and choose from multiple camera angles to make the show their own. They can look forward to a never-repeated night of impassioned literary punk, featuring tracks from the band’s critically acclaimed new album A Hero’s Death and their breakthrough debut Dogrel.

This ticketed event will be viewable through the MelodyVR app on smartphones and VR headsets, and will be available to watch across the UK, USA, Austria, Belgium, Canada, France, Germany, Greece, Ireland, Italy, the Netherlands, Portugal, Spain, Sweden and Switzerland.

Fontaines D.C. are frequently described as one of the best new bands of our time. Their new album, A Hero’s Death, has been one of the best-received records of 2020 so far, debuting at #2 in the UK charts (behind only Taylor Swift). Far from a re-hash of their swaggering 2019 debut Dogrel, A Hero’s Death arrives battered and bruised – albeit beautiful, with songs that are patient, confident, and heady takes on the modern world and its great uncertainty.

Fontaines D.C.: “Brixton was one of the last places we played to an audience and it was a really special show for us. It’s a weird thing to be playing a show to an empty room, regardless of the size or esteem of it. Maybe even more so because of that. Hopefully though with you there we can get back some kind of ghost of that feeling, even if it’s not quite the same.”

Tickets are on sale now via the band’s website HERE

Fontaines D.C. at O2 Academy Brixton is exclusively available to experience on MelodyVR. To be part of the live experience, download the MelodyVR app at on.melodyvr.com/app. After purchasing a ticket, a redemption code and simple instructions on joining the stream will be sent.

The livestream comes ahead of Fontaines D.C.’s much-anticipated 2021 UK tour – full dates below.

Praise for ‘A Hero’s Death’:

MelodyVR launched in 2018 with a simple mandate: not to replace the live music experience, but to harness the power of virtual reality to get people closer to the music they love.

By using VR technology, the founders realised that they could place fans in the crowd or on stage with their favourite musicians at live events. From epic stadium shows to intimate studio performances, the possibilities are endless: capacity restrictions are eliminated, music lovers can attend otherwise sold-out dates, and the barriers (distance, age, cost, access) that might keep people from experiencing their heroes live are swept away. The result? Artists can reach more fans than ever before, with a level of intimacy which has previously not been possible.

MelodyVR is the only licensed VR music platform and has the world’s largest library of exclusive immersive and interactive music experiences from the likes of Kesha, Post Malone, Lewis Capaldi, Cypress Hill, Blake Shelton, Mabel, Wiz Khalifa, Kelly Clarkson, The Chainsmokers and Panic! At the Disco.