NOMINATED FOR BEST ROCK ALBUM GRAMMY (OUT NOW VIA PARTISAN) 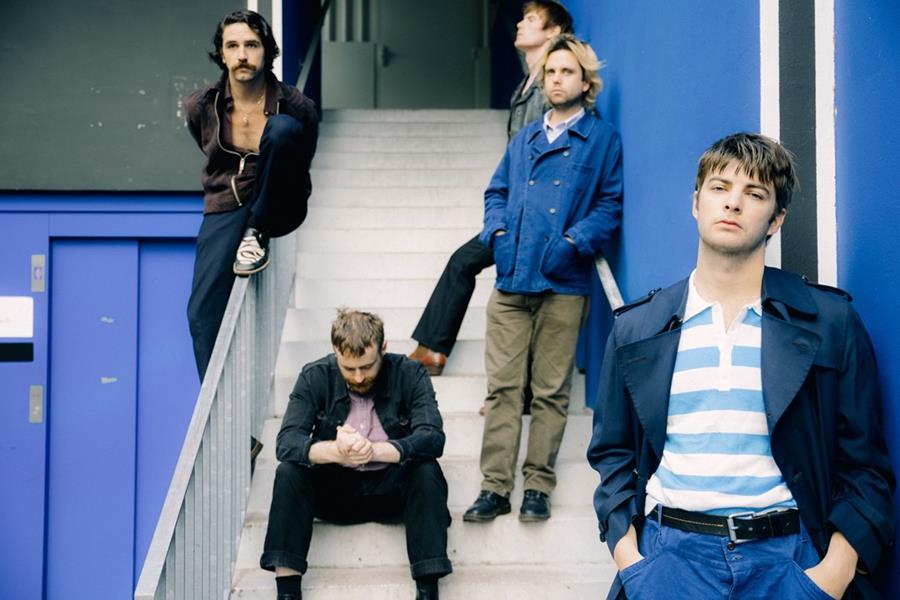 Last night Fontaines D.C. performed the title track from their acclaimed second album ‘A Hero’s Death’ on The Tonight Show Starring Jimmy Fallon. Filmed in London at The Auld Shillelagh pub and directed by Samuel Taylor, watch HERE and feel free to post.

The appearance comes on the heels of a Best Rock Album nomination at the 2021 Grammy Awards, and follows the bands recent UK TV performances on Later… with Jools Holland and Soccer AM. ‘A Hero’s Death’ debuted at #2 on the UK charts (behind only Taylor Swift), behind some of the best reviews of any album released last year. Far from a re-hash of their swaggering 2019 debut (‘Dogrel’), ‘A Hero’s Death’ arrived battered and bruised – albeit beautiful, with songs that are patient, confident, and heady takes on the modern world and its great uncertainty. ‘A Hero’s Death’ was produced by Dan Carey (Black Midi, Bat For Lashes).

Watch the official music video for “A Hero’s Death,” which stars Aidan Gillen (Game of Thrones, The Wire): https://youtu.be/jLNt8aMNbvY

Also check out this remix of “A Hero’s Death” from Soulwax, which was released last week: https://fontainesDC.lnk.to/ahdsoulwax

Praise for ‘A Hero’s Death’: