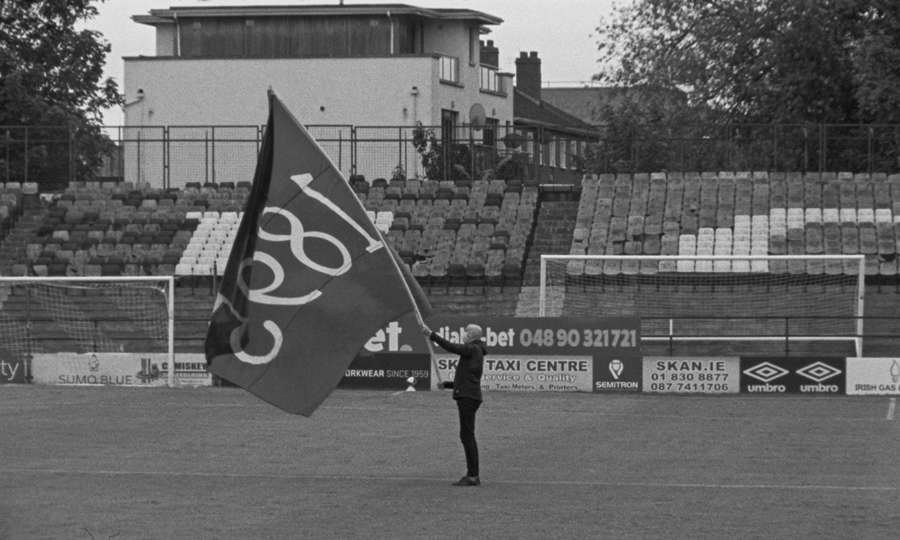 Selected praise for For Those I Love:

“Remarkable”
The Sunday Times – Album Of The Week

“A staggering album”
The Independent –

“A remarkable album”
The Irish Times –

For Those I Love, the brainchild of Dublin producer and songwriter David Balfe, released his debut album to significant public and critical acclaim earlier this year. The album sits at #1 release of 2021 on review aggregator Album Of The Year and is 3rd Best Album Of 2021 on Metacritic. The record was celebrated as BBC 6 Music’s ‘Album Of The Day’ and has already appeared in a number of mid-year best of lists at the likes of The Sunday Times, NME, CLASH and more

“For Those I Love” is available now on LP, CD and DL via September Recordings.

WATCH VIDEO FOR “TO HAVE YOU” HERE

Across an album that leans heavy on what it is to belong, football is a recurring theme, and specifically Shelbourne FC – a Dublin based football club who play in the First Division of the League Of Ireland. Shelbourne, affectionately known as the Coolock Reds, provides and has provided real community to David and his friends over the years with the club even appearing on the cover of the album. On that cover a fan holds a flare aloft from the terraces, set alight at 27 minutes to represent the 27 years of age at which they lost Shelbourne fan, and David’s best friend, Paul Curran.

The club’s shared stadium, Tolka Park, where David and his friends would go on to scatter Paul’s ashes, is currently under threat.

You can read more about the Save Tolka Park campaign here.

David had the following to say about “To Have You” as For Those I Love share a video today that premiered on The FADER this morning, which successfully and poignantly captures the real-life community and sense of life that exists around a football club:

“The trip out to the football can feel like a pilgrimage. Every mix of bliss and pain and glory is felt in the terraces each week, but it’s been lost for us all since the world changed overnight.

Being back in the stands as To Have You was shot felt like a shower of relief and beauty, and I can’t thank Niall (Trask, director) enough for his vision and understanding of what it all means.

The track is very much about survival, reflecting on a world me and mine grew up through and confronting those who question it. I am blessed to be able to hear this in a new light now as it’s mixed with Niall’s art.”

Directed by Niall Trask and produced by Dan Matthews in and around Tolka Park, they said the following about the video’s creation:

“When we first started speaking to Dave, it was clear how important Shels were to him. Football has a beautiful way of bringing people together – it’s not about the game itself, or winning or losing, it’s about connection – and that quickly became apparent when we started working with the club and its amazing supporters who feature.

The video is about finding community in a time of bleakness and disconnection. While there’s an absurdity to a team playing with no fans in the ground, despite the usual fanfare of flags, celebrations and rituals, the small moments we captured around Drumcondra and Tolka park show a resilient community where life keeps pulsing, and young and old are united by their beloved local team.”

As well as the release of the new video, For Those I Love will be making their first visit to the UK in October for six dates here in Glasgow, London, Bristol & Manchester.

All six shows are now sold out: 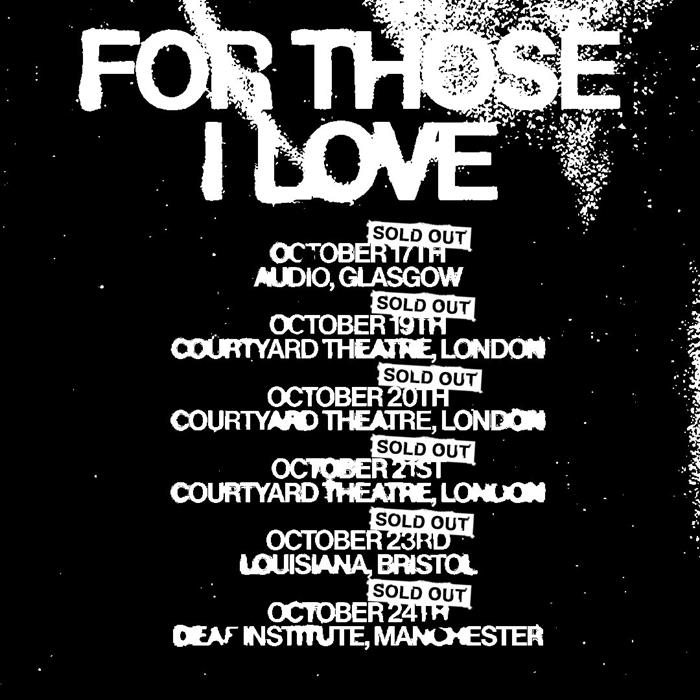 At its core, the self-titled album pays tribute to Dave’s best friend and former bandmate, Paul Curran, who passed away in 2018. Following Paul’s tragic death, Dave locked himself away in his home studio for months, ultimately recording over 76 songs that would eventually be condensed down to form the basis of his debut album. The result is an incredibly beautiful, raw and uncompromising 9-track project addressing grief and catharsis, an important record that could only emerge from an entirely honest place.

Introduced to the world last year through the hard-nosed, beautiful eulogy of debut single “I Have A Love” and the socio-political ruminations of its follow-up “Top Scheme”, early 2021 he announced the details of his much-anticipated debut album via September Recordings alongside a third single, the electric “Birthday / The Pain”, paired to a remarkable video forged through a process called photogrammetry (WATCH).

Alongside significant breakthroughs at press and radio over the last year, David performed live for the first time ever under the For Those I Love moniker in November on Later… with Jools Holland, delivering a performance ingrained with such emotional weight that ‘For Those I Love’ was to go on to trend on Twitter soon afterwards.

Watch “I Have a Love” (Live on Jools Holland) HERE

David first began work on For Those I Love as a chance to write frankly about the struggles he and his friends faced while growing up in north Dublin. Anecdotally and otherwise, For Those I Love documents the harsh realities of a daily life up against it, and holds a mirror up to the clear disparity between a working class upbringing and the lack of opportunity that remains to this day.

The self-titled debut album from For Those I Love is out now on September Recordings.