“Naive enough to be charming” – Exclaim 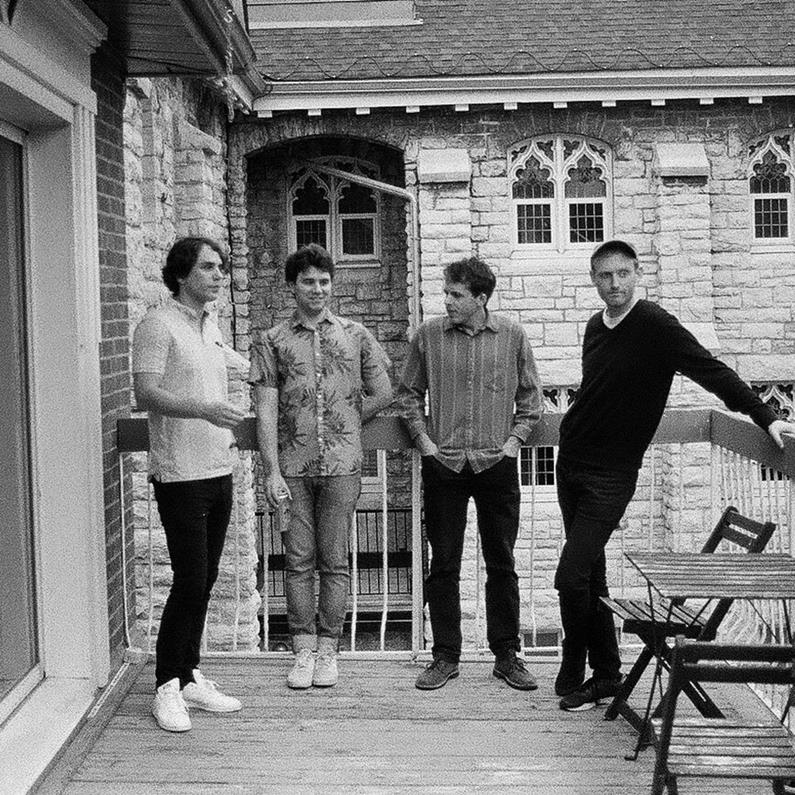 Today the band share the video for their single “Salary Man.” A virtual explosion of power-pop, the track, like the full LP,  was engineered by Aaron Goldstein, and mixed by Holy Fuck‘s Graham Walsh.

Of the video Kiwi Jr note, “after the fall of civilized society, all that’s left is a future rife with radioactive dogs and the remains of parties that never really took off. Clad in suit and tie and unable to part with their old routine, our hero wanders aimlessly through debris and clean up crews, searching for the remnants of something compelling and desirable.” The clip was directed by Ben Rayner who says: “putting together a perspective for this video, I wanted it to be fast paced, low budget, tongue-in-cheek, and highly personable. What we ended up with is ‘Salary Man.’” Watch the video here, or click below:

All natives of Charlottetown, Prince Edward Island, Kiwi Jr. are now based in Toronto and much of their songwriting is informed by the city that surrounds them. They have spent the last 5 years honing their craft both in the studio and live, including opening spots with Wolf Parade, New Pornographers and Alvvays.

Football Money was recreated at high volume on stages across Canada; a dispatch stitched out of fragments, a lustrous twelve-string paint-job unraveling ten booksmart tracks in under thirty minutes. A product of two years of labor, a monument to work-life balance, the record is not unattractively scarred by its circumstance: recorded by nightfall in dormant studios, friends and enemies drafted as backup singers and engineers, the LP untidily fuses the yin of work with the yang of life, chronicling a dual-existence, unkempt instrumentalists moonlighting as undercompensated administrators by the harsh fluorescent light of day, borne back ceaselessly into the Greater Toronto Area by night.

Kiwi Jr,: Rickenbackers detuned to the frequency of a blue-screen migraine, equal parts jangle and punk – a modern day Modern Lovers with the Kinks cc’d.

Tradition and progress – why are sports and technology such a fantastic pairing?

What Does Your Car Say About You?