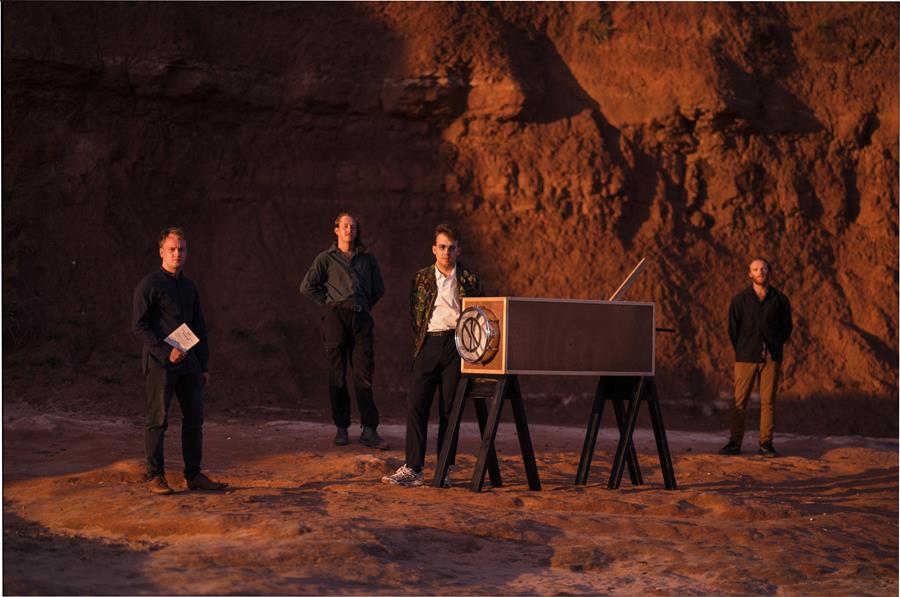 Bristol group LICE announce their debut album WASTELAND: What Ails Our People Is Clear with new single “R.D.C”, publishing the album’s pamphlet (lyrics/story) and revealing the hand-built noise instrument (Intonarumori) used across it. They also announce the creation of their own label Settled Law Records to release new experimental artists.

A ‘satire about satire’, WASTELAND is a concept album written as a piece of experimental short fiction: a wild Burroughsian cat-and-mouse adventure, melding science-fiction and magical realism to call for a revolution in satirical music. Arguing that by unsettling the conventional forms of the song lyric, politicised music can step beyond ‘good versus evil’ narratives to promote more nuanced popular discourse around the implicit forms of bias and iniquity that ail us, everything in WASTELAND is always changing. Set in a savage, liminal space populated by shape-shifters, time-travellers, talking genitalia and ectoplasmic spectres, the characters’ moral transformations are paired with typographical transformations: the prose text warping into cut-ups, soliloquies and even plays. Created over two years, the album draws from LICE’s rise in ‘the punk world’ (sharing stages with IDLES, Shame, The Fall, Fat White Family, Girl Band etc.) and eventual disillusionment with the limits of its prevailing ideas.

Following singles “Conveyor” and ‘Arbiter’, “R.D.C” returns us to The Wasteland: a liminal space populated by structures and half-conscious people from the real world. This episode focuses on a committee attempting to engineer humanity’s self-destruction, intervened in by WASTELAND’s supernatural antagonist Dr Coehn. His proposal is based on Louis Althusser’s Ideology and Ideological State Apparatuses, which suggests any social formation is sustained by reinforced submission to dominant ideologies, spread through a network of Ideological State Apparatuses (ISAs): these include the educational ISA, family ISA and cultural ISA. Coehn’s speech conflates this with Pavlovian conditioning, training humanity to react to an ‘attack word’. The disruptive influence of Dr Coehn and The Conveyor is revealed as causing the strange physical transformations in The Wasteland (seen in the horse and ectoplasmic ball in ‘Arbiter’), including disturbances in spacetime: these are manifested in audible jumbled numerical sequences. 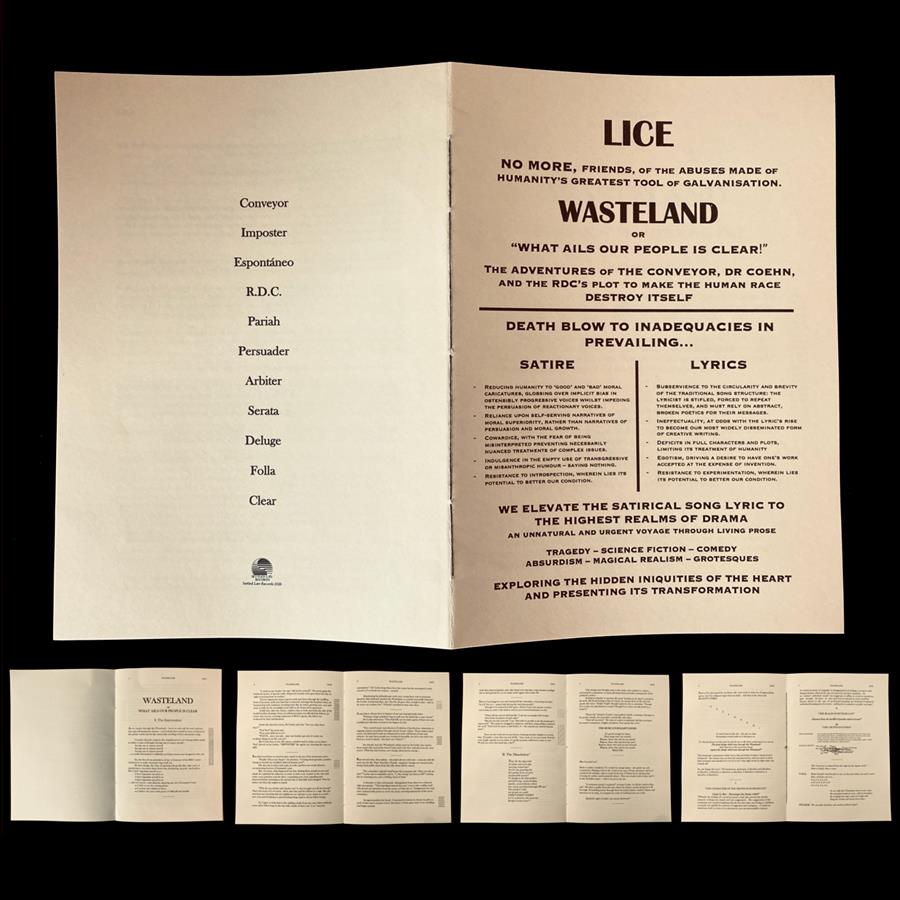 WASTELAND is a concept album structured as an experimental short story, taking cues from Brian Catling, William Burroughs and Kurt Vonnegut Jr. In the wild, liminal space of the Wasteland, a vigilante known as The Conveyor relates the schemes of the shadowy RDC and flamboyant Dr Coehn to engineer the human race’s self-annihilation: introducing us to a cast of time-travellers, shape-shifters, talking genitalia and ectoplasmic spectres. WASTELAND’s argument is that by reworking the prevailing forms of satirical song lyrics, we can build more nuanced popular discourse around the implicit forms of bias that ail us – the song lyric being the most widely disseminated and commonly ‘engaged with’ form of creative writing there is. In this allegory for crises in society and art (from commodification to ideological state apparatuses), the moral, physical and temporal transformations of its characters are manifested in the text’s transformation: breaking from prose into cut-ups, soliloquies and even plays.

Musically, the album features a ‘noise intoner’ hand-built by LICE, based on the ‘Intonarumori’ of Luigi Russolo and his early 20th century circle of revolutionaries The Italian Futurists (whose vicious writings and manifestos about the art-world formed source material for the album). WASTELAND sees LICE draw influence from Bristol’s vital experimental scene, with the album principally written at community hub The Old England. Having performed with projects such as SCALPING, Giant Swan and EP/64 (HARRGA), LICE’s first album sees them reconcile minimalism, prog and industrial in the band’s post-punk framework. The Lynchian closing track ‘Clear’ features guest vocals from friends Katy J Pearson and Goat Girl’s Lottie Cream and Holly Hole.

LICE formed in 2016, rising to attention with shows alongside The Fall, Squid, Shame, Fat White Family, Girl Band, Bad Breeding and others. In 2018 their champions IDLES, who took them on the Brutalism and ‘Unity’ tours, released LICE’s early EPs It All Worked Out Great (Vol.1+2) on their own label Balley Records, leading to international touring and plaudits from The Guardian, The Quietus and Loud and Quiet, who declared LICE “the most exciting, inspiring and genuinely deranged new guitar band in the country”. LICE created WASTELAND between touring over the next two years, influenced by their growing disillusionment with the punk world. Recent singles ‘Conveyor’ and ‘Arbiter’ (both on the album) drew nods from The Guardian, Line of Best Fit, Loud and Quiet, NME, DIY, 6Music Steve Lamacq, Radio 1 Jack Saunders and Huw Stephens, Radio X John Kennedy, Beats 1 Matt Wilkinson and more. Along with themselves, LICE’s new label Settled Law Records will release new experimental artists.

WASTELAND: What Ails Our People Is Clear is out 8th January 2021
Pre-orders will be available from 4PM BST today – HERE

(i) The title derives from Jessie L. Weston’s book From Ritual To Romance via T.S. Eliot’s poem The Waste Land, which refer to the Grail legend’s recurring premise of a land laid Waste (sterile) and revived by a questor. (ii) The Wasteland is a liminal space erratically populated by structures and half-conscious people from the real world. (iii) The cat-and- mouse chase between the higher powers of the Conveyor and Dr. Coehn is structured in two rough halves: The Intervention, focusing on their interferences in the fate of humanity (their disruptive influence on spacetime is conveyed in staggered/ jumbled/ reversed numerical sequences), and The Dissolution, focusing on the Wasteland’s destruction through these interventions. 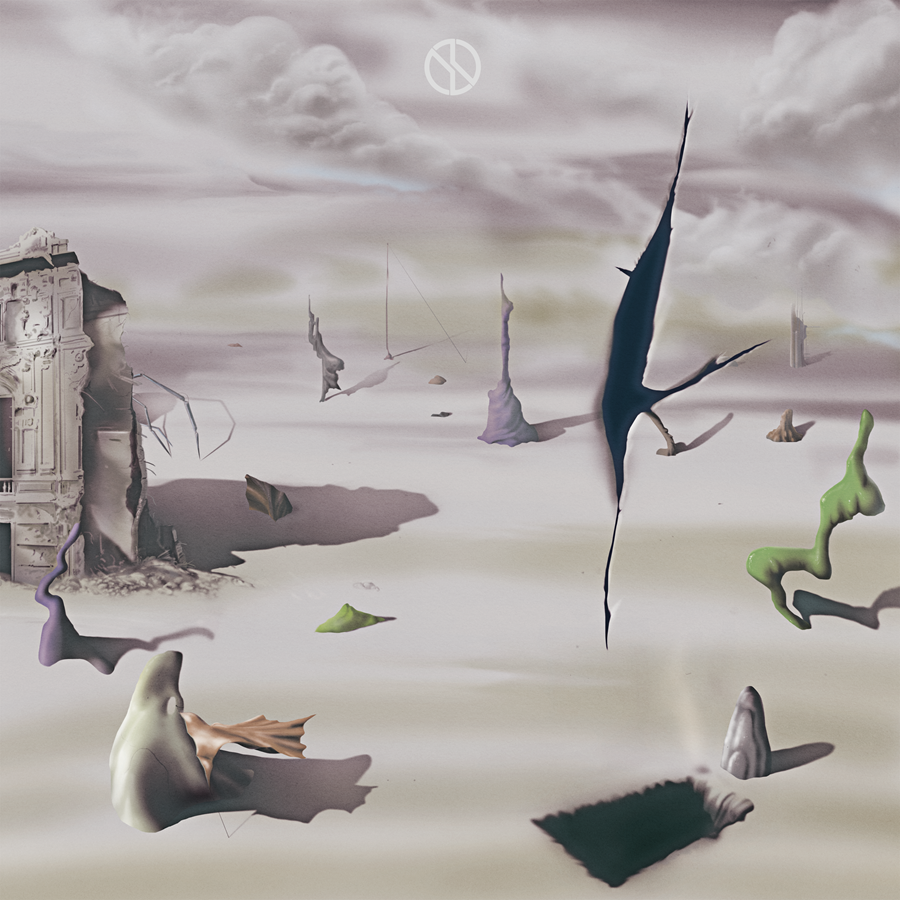 “…if you ever get the joy of seeing them live, they are definitely not pretenders- they are a formidable, formidable band”
?Joe Talbot (IDLES) on BBC 6Music

“Levels above punk contemporaries”
The Quietus

“The most exciting, inspiring and genuinely deranged new guitar band in the country”
Loud and Quiet

“LICE are amongst the most uncompromising artists to have hit the Bristol scene in recent years. For established labels and dedicated gig-goers in the city, they’ve seemingly arrived from the middle of nowhere.”
So Young

“LICE are off the fucking wall… they are well and truly one of the most exciting things to happen in the history of Western art.”
Vapour Trail

“LICE are a band that need to be written about… They’ve got both the talent and dangerous nature to create something truly unique.”
The Know