“…takes you on a weird and wonderful journey through space and time.” – It’s Nice That

Moon Panda, the moniker under which the duo of Californian songwriter Maddy Myers and Danish guitarist Gustav Moltke collaborate – have revealed a bewitching video to accompany their latest single ‘Gun’ which was released at the end of 2018. The have also announced a free show in London at The Old Blue Last on August 1st with support from White Flowers and Auld.

The new video follows a figure played by Myers exploring the mystical charms of a beautiful yet twisted house. The atmospheric but ominous tones within the song itself add to the abstracted feel as Myers experiences the surreal twists and turns thrown upon her by the house.

“I wanted to play with the perception of reality and imagination. Is the House haunted or is she (Maddy) just losing her grip on reality? Does it even matter if it is real or fake? For me, the only thing that mattered was that she somehow gained something from the experience – took something with her. That lead me to the idea of the lizard, a creature so juxtapose to the surroundings. Is it there to help her, or not? Friend or foe? What role does it play in her life?

I wanted to make the house the antagonist of the movie, like a living nightmare testing her. What I find interesting about dreams, is that you are often thrown from one scenario to another. Dreams are incoherent and chaotic, but when you are dreaming, everything feels coherent and normal. I really wanted to convey that feeling in the film, making everything an orderly chaos.” 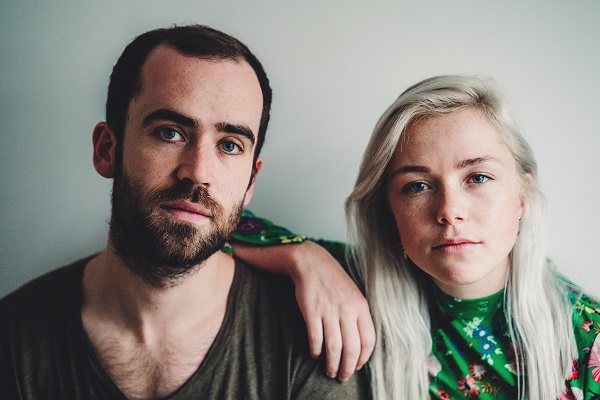 The lyrics on ‘Gun’ outline the darker thoughts within “the capricious human mind”, says Myers. ‘Gun’ was produced by established engineer Tom Biller who has worked on records such as Warpaint’s ‘The Fool’ and Fiona Apple’s ‘Extraordinary Machine’, to Elliott Smith’s ‘From a Basement on a Hill’, and Beck’s track ‘Everybody’s Got to Learn Sometime’ from the OST of Eternal Sunshine of the Spotless Mind.

The band received an impressive response for their debut single ‘Rabbit’ which reached #1 on Hype Machine’s Most Popular chart at the start of last year and was described as “languid, dreamy guitar pop with a slight baroque feel” byClash Magazine while Indie Shuffle admired the “progression of the track and addition of sharp, catchy synths” and compared the sound of the track to that of St. Vincent and The National. The song was produced by Cameron Blackwood who is known for his work with the likes of London Grammar, Florence & The Machine, and The Horrors.

The sounds of Portishead, Men I Trust, Mitski, Beach House, and Angel Olsen have been key to the formation of Moon Panda, as well as a concept in their minds of a “big, lush forest surrounded by the cosmos, filled with giant creatures – a space jungle“, which the idea of evoking the atmosphere of continually inspires both Myers and Moltke.

Car vs. Van: The Best Vehicles For Busy People

7 Musts For Your Ultimate Summer