Watch the video for Liffey HERE 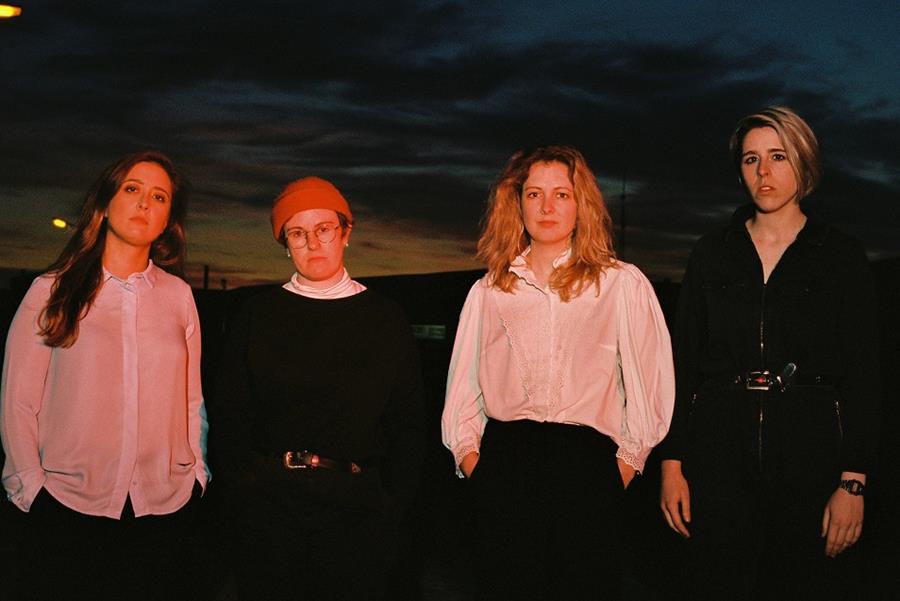 “Phenomenal” – Clash
“Pillow Queens know how to pull at your heartstrings.” The FADER
“A powerhouse of indie rock” – The Forty-Five
“a totally addictive treat” – Gig Wise
“[Handsome Wife is] a joyful, raucus celebration of queer love.” – Guardian
“ superb vocal performances.” – The Independent
“Song of The Day” (Handsome Wife) – KEXP
“A total knockout force to win anyone over.” – The Line of Best Fit
“Pretty much every Pillow Queens song feels like a world-beater.” – NME
“Queer punk and pop songs with sharp, anxious edges” – NPR

With their highly anticipated debut album “In Waiting” due for release on Friday September 25th, Pillow Queens have announced their first live shows of 2021. The 15 date tour will see the band visit venues throughout the UK and Ireland, with tickets go on sale from Friday September 18th here. Full dates are as follows. 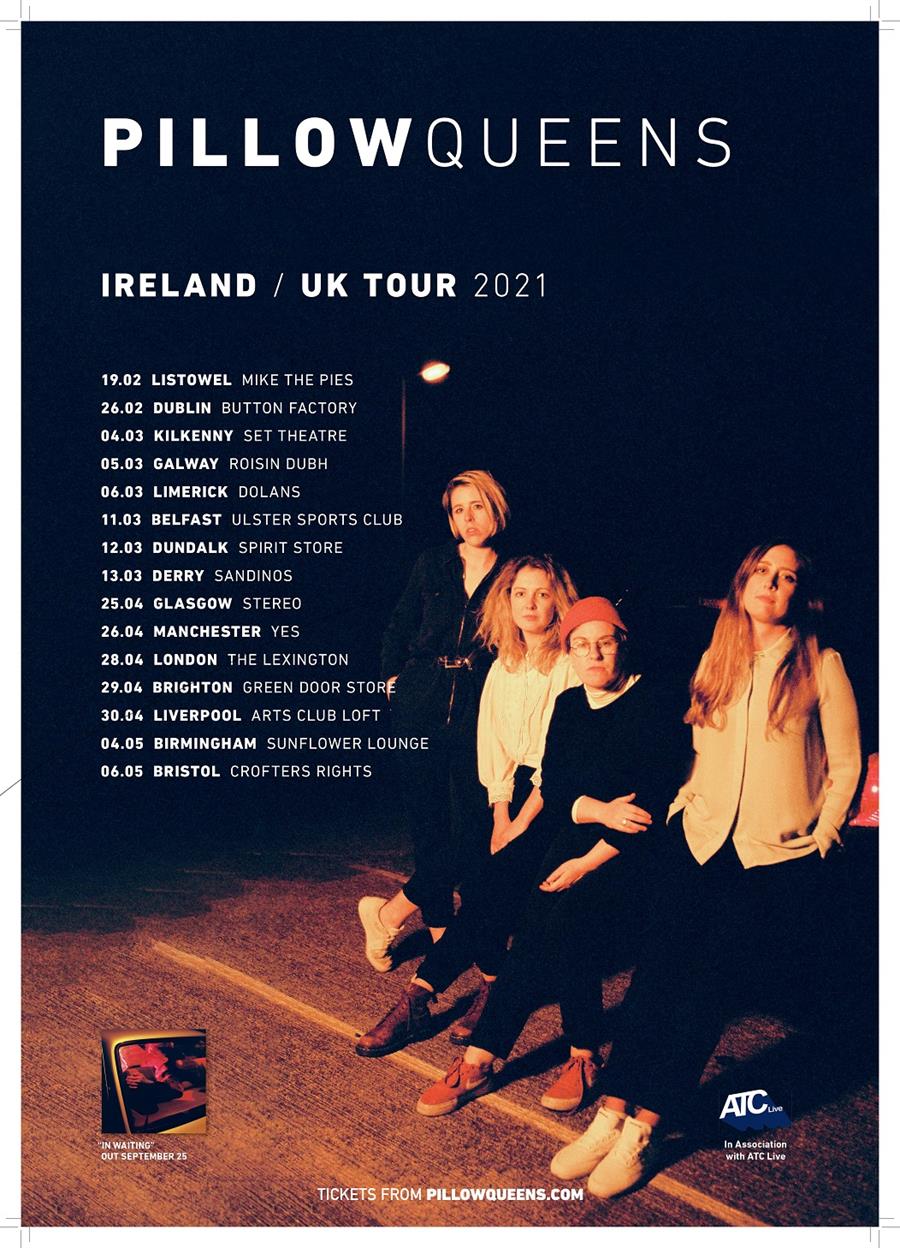 To celebrate the announcement, the band have collaborated with Dublin visual artist David Balfe to create a unique accompaniment for the album’s song Liffey.

The band reached out to their fans, friends and family and asked them to submit photos of themselves. Balfe then incorporated these hundreds of self-portraits to create his stunning visuals. Talking about the project he comments:

“The whole thing for me is this video being an effort to maximise direct engagement with fans (which I think is a beautiful thing to do and also really beneficial) and it just seemingly being impossible to make films at the moment if you’re adhering to the guidelines in place. I think this kind of video is one of the few alternatives in place to make film pieces fully socially distanced while also engaging with the human form and not just fully falling into the realms of animation.

At its heart, this video is a re-imagining of the story of Medusa, building from its mythology and offering an alternative and contemporary take on it. Tying together the real and surreal into an immersive and psychedelic look at modern isolation in uncertain times.”

Watch the video below and pre-order the album HERE.

Pillow Queens are proud to be a part of the Keychange development programme, which promotes gender equality in music by investing in emerging talent. Keychange is a pioneering international initiative encouraging festivals, conferences and a growing range of music organisations and institutions to sign a pledge to include at least 50% women and under-represented genders in their programming, staffing and beyond.

74 emerging artists and innovators each year from across Europe and Canada will take part in international festivals, showcase events, collaborations and a programme of creative labs. Keychange aims to accelerate change and create a better, more inclusive music industry for present and future generations. Keychange encourages all music organisations, festivals, venues, broadcasters, agencies and beyond to take the Keychange Pledge and to work towards a representative music industry.

Events currently taking place throughout the world only serve to stoke a fire under the likes of Pillow Queens, who find themselves continually inspired by a Dublin that is no stranger to fighting social injustice. Street artists, fashion designers, musicians, film makers and more comprise a scene which routinely champions queerness and marginalized groups, and engages with and activates young people in response to the likes of the city’s ongoing housing and mental health crises. Pillow Queens’ songs of togetherness and unity ring out louder than ever before.

In their short lifespan as a band they’ve released two demo EPs, performed on a successful string of UK & Irish dates & festival appearances, had playlisting from BBC 6 Music, and found themselves opening for the likes of American Football and Pussy Riot, as well as stadium performances opening for IDLES and Future Islands.

With all this under their belt, the band began working with Mercury Prize nominated producer Tommy McLaughlin for their single ‘Gay Girls’ – which received a nomination for the RTE Choice Music Prize song of the year, as well as International pickup from NPR’s World Cafe and KEXP. The song also found its way into the heart of actor Cillian Murphy and his BBC6 mixtape show.

2019 saw Pillow Queens venture into mainland Europe, as they lit up the Eurosonic festival and completed a string of tour dates opening for Soak. The tour was a messy and joyous affair captured beautifully in the DIY video for the bands summer single ‘HowDoILook‘.

The band were then invited to perform a live session for KEXP at Iceland Airwaves, then further shows in NYC and LA, before SXSW 2020 beckoned. Tour dates are being rescheduled for 2021. 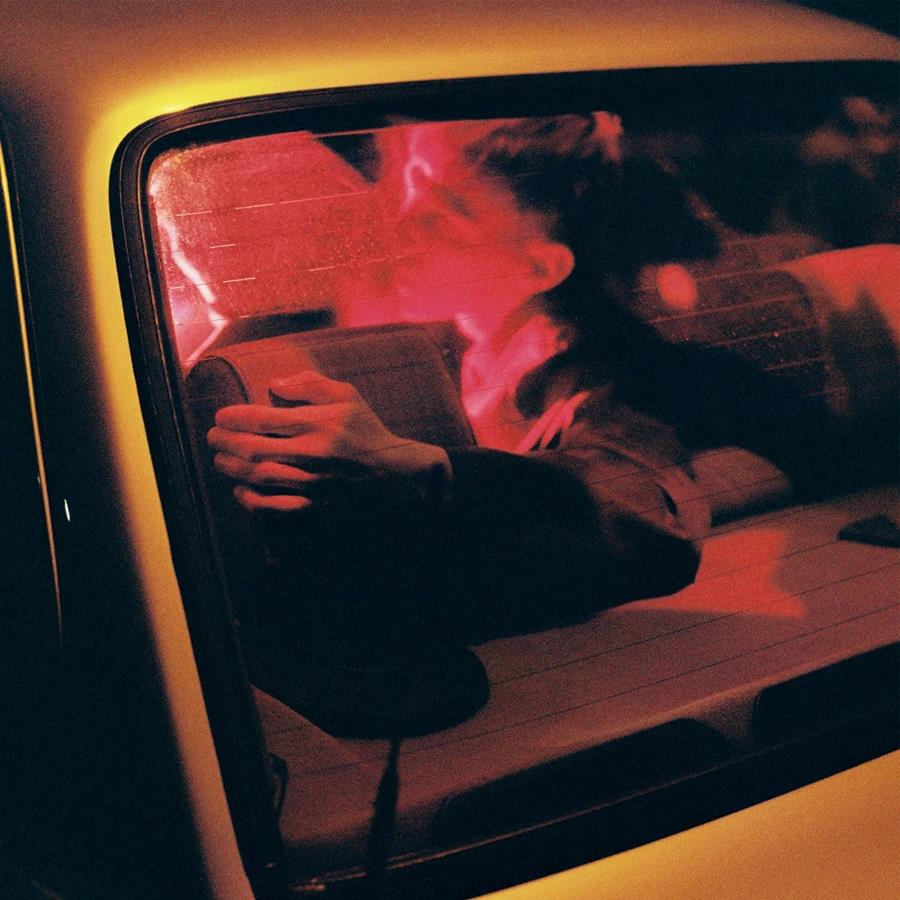 The Most Fun Ways To Kill Quarantine Boredom Online