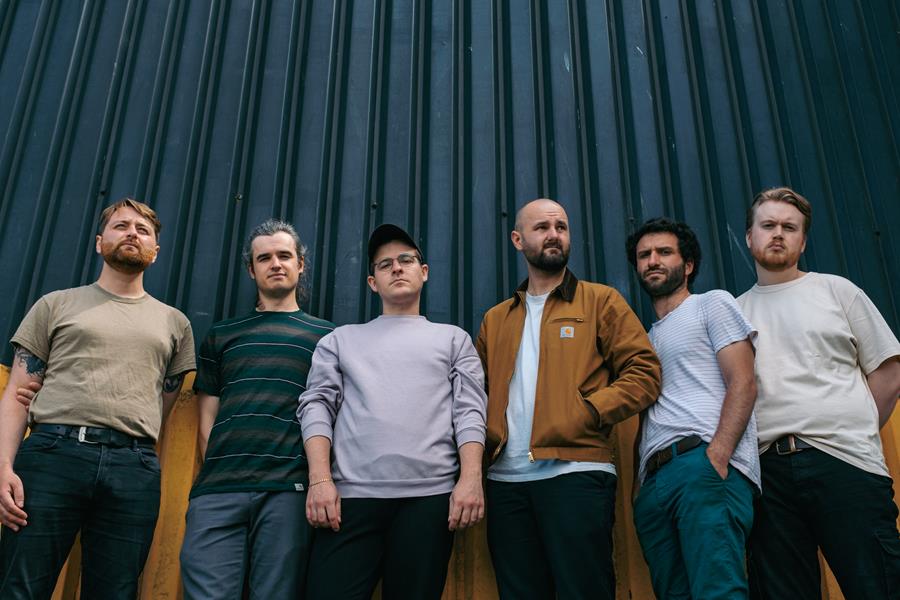 “Living Isn’t Easy is a storied triumph” – MOJO
“perfectly strange” – London Evening Standard
“I like, I like, I like, I think they’re really exciting” – Jamz Supernova
“free floating musical explorers” – Hannah Peel
“I genuinely don’t think there is another band like ‘em, anywhere in these islands” – Tom Robinson
“I love this band” – Gemma Bradley
“their motto…is no guitars allowed, which I love” – Stuart Maconie
“Incantatory” – The Guardian
“Fugazi meets Mingus” – Drowned in Sound
“A cunning marriage of jazz, spoken word and punk” – The Quietus
“Exploratory pioneers” – BBC Radio 3 Late Junction

Today, Belfast’s Robocobra Quartet have shared a new single from their highly anticipated new album “Living Isn’t Easy”, which is due out this Friday (17thJune 2022) via Deptford based label, First Taste Records. The single titled “Chromo Sud” also comes on the heels of their acclaimed singles “Wellness” / “I Love You” and “Heaven” / “Night”, which were released earlier this year.

“Chromo Sud” is the new album’s 9-minute epic centrepiece about the Irish housing crisis. The track sees the band let their jazz flag fly with screaming saxophone, encircled by breakbeats and synth bass. “We’re through the worst of it now” yells drummer vocalist Chris W Ryan in a slither of positivity amongst the gloom.

Speaking on the single Ryan says, “we originally wrote the instrumental as part of an improvised performance at the Belfast Film Festival live scoring the 1968 experimental film called Chromo Sud. The name stuck and it became a Robocobra song proper. This is the one where we let the jazz hang out,”

The single is accompanied by a new video which sees the band play live with the eponymous film projected on to them. “With the video we wanted to try and emulate Etienne O’Leary’s avant garde style of filmmaking and combine it with the somewhat abstract and psychedelic projections as Chromo Sud is probably the most experimental and avant garde track on the record,” says Lewis Henderson of First Taste Records (who came up with the concept in collaboration with the band). “We were also keen to try and show a lot of footage of the band and their instrumentation in the video as when they perform the track live this is the one they can really let go and head a bit into the left-field with in terms of improvising/jazz.”

The single gives a further insight into some of the key themes that are running throughout the new album. Loosely based around one central character negotiating the absurdity of modern life, the record glimpses into childhood trauma; the mundanity of office work; the mania of corporate culture; sexual identity and the cult of wellness. Songs touch on topics such as looking to become a homeowner amidst an Irish housing crisis; the desire to have children despite the planet’s bloating population; and the exploration of sexuality in a world of binaries. Inspired by the mania of late capitalism, the recent singles “Heaven” and “Wellness” echo the characters of Falling Down (1993) and American Psycho (2000) drudging through corporate life with the songs’ protagonist reaching psychotic break as each track builds to a boil of cult-driven chaos.

Produced by Ryan (whose production credits also include Just Mustard, NewDad, Junk Drawer and many other up-and-coming artists out of Ireland), the recording sessions were laid out with specific intentions: All of the vocals on the album were recorded in one sitting in order to give a sense of the same perspective and tone from the narrator across the album, with his voice becoming increasingly worn and exhausted by the time the album closer “Night” comes around.

From the post-Brexit purgatory of Northern Ireland, Robocobra Quartet are also trying to pick out some truth amongst the fiction. Plant “(The Succulent Blues)” holds a mirror to the darkness of suicide, a subject too commonly discussed amongst friends (Northern Ireland being grimly crowned the UK & Ireland’s suicide capital in recent years). Speaking on the track Ryan says, “There’s a great 70s Irish pop song written by Gilbert O Sullivan called “Alone Again (Naturally)” that hints at sorrow with a uniquely Irish sense of dark humour. It made me think about how we deal as individuals with the epidemic of suicide in Northern Ireland, with so many us having had people close to us take their lives. The track Plant (The Succulent Blues) reflects on death but tries to linger & rest on the beauty of life and its capacity for happiness.”

The band’s hometown of Belfast is also central to the band and the new album. The city has seen glimpses of the spotlight in the past year, with the local art group Array Collective winning the Turner Prize and Kenneth Branagh Oscar-nominated film Belfast (2021) in the headlines. The city’s historically low rent (due to its assumed danger by outsiders) has allowed artists like Robocobra Quartet to flourish and hone their craft for years without worrying about broad appeal or commercial interest, instead designing a singular style that is unique and borne of interests across punk rock, jazz, avant-garde and modern pop.

The unique placement of Northern Ireland as a kind of quasi-European post-brexit loophole means that Irish and British pop culture both influence the band’s work, with various band members growing up with Irish, British and European backgrounds.

Having released two full-length studio albums to date, the new material finds the band revered as cult favourites. Their musical freedom and proclivity for improvisation often results in Robocobra Quartet being spoken about in the same breath as jazz and experimental music but their background is in punk rock and indie rock just as much as the avant-garde. They simply deal with what they have at their disposal – a collective of six members of wildly different musical backgrounds swapping in and out to make a touring quartet, which has taken them across Europe to Montreux Jazz Festival, Latitude Festival, and as far as Inversia Festival in the polar north of Russia. All while receiving acclaim from the likes of The Quietus, The Line Of Best Fit, Prog, and BBC Radio 6, seeing comparisons to the likes of Fugazi, BadBadNotGood, Tortoise, Black Midi, Black Country, New Road, and Squid.

Improvisation and experimentation is at the core of Robocobra Quartet’s DNA, whether it be in the fluidity of their line-up or in their unique records which flirt with choral groups and string sections – almost intentionally at odds with their ostensible roots as a post-punk band.

For those who have yet to hear them, the new album will serve as a perfect introduction to the complex world of Robocobra Quartet – a band serious about their music but humorous in their approach, including members with no musical training alongside members with music conservatoire pedigree. The result is a collective of musicians inspired by Stravinsky and Black Flag in equal measures. On stage, the band are protons and electrons circling Ryan; meticulous arrangements and on-the-spot improvisations hang on every word. These words and rhythms are what propel the music of Robocobra Quartet forward and concoct a sound that is groove-driven but cerebral too.

In addition to the new material, Robocobra Quartet have also announced details of a new UK / IRE tour due to take place in September 2022. Full routing including further upcoming live dates can be found below – Tickets / More information HERE. 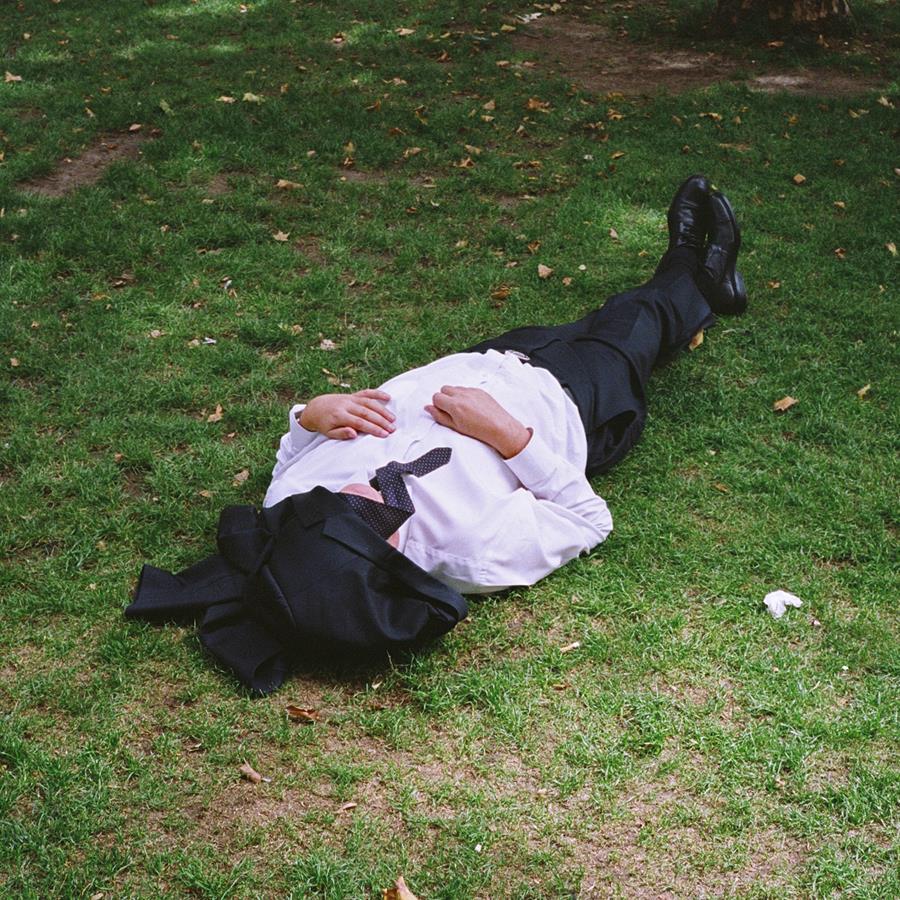 At the time of writing, Robocobra Quartet currently includes: 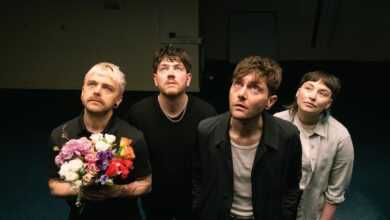