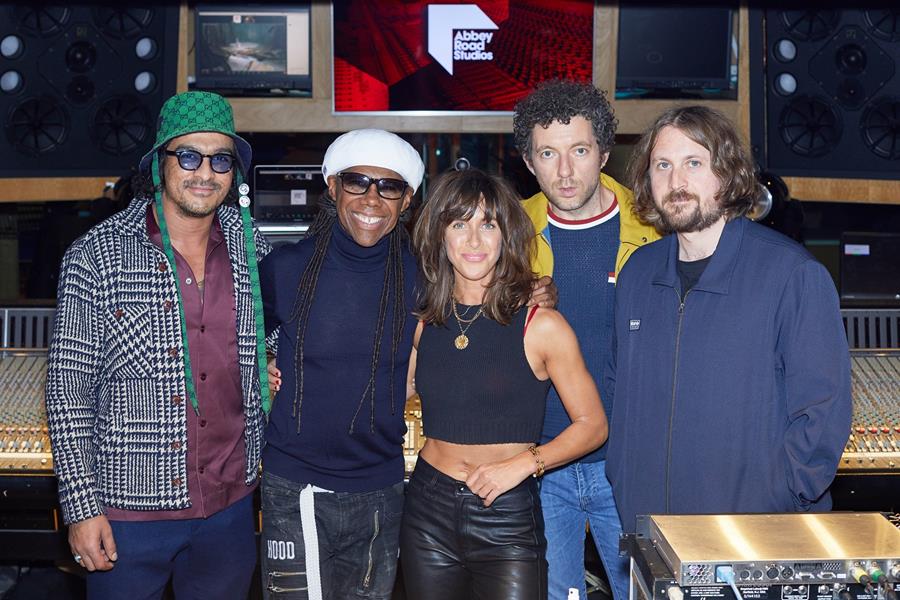 The Zutons have confirmed that they are working on a long-awaited fourth album, to be produced by Nile Rodgers.

Having recently played in support of Nile Rodgers and CHIC in their hometown on Liverpool over summer, The Zutons have been holed up at Abbey Road studios with the legendary songwriter and producer to record a new album – their first together since 2008’s You Can Do Anything.

The multi-platinum selling band released three studio albums between 2004 and 2008, all of which charted in the UK Top 10, before going on hiatus. They have 9 UK Top 40 singles to their name including two Top 10s in “Why Won’t You Give Me Your Love?” and the all- conquering “Valerie” – later a double-platinum hit for Amy Winehouse and Mark Ronson.

With work now well underway on a follow-up with Rodgers – who has written, produced, and performed on albums that have sold more than 500 million units and 75 million singles worldwide – fans can expect the as-yet-untitled album to be released in 2022.

Lead singer and guitarist Dave McCabe comments: “We all love the records that Nile has made as a musician and a producer, and we are playing better than ever as a band right now.

We sent him 5 songs we recorded in my house not long ago and it gave us so much confidence when he came back and said he liked them because it meant we had a chance of making a great album with somebody who we knew we would respect and listen to.

He gets what we’re about and what the feeling behind each song is, he gets what the DNA or story of the song is.”

New music is on the way.