OUT ON VINYL ON JULY 1ST 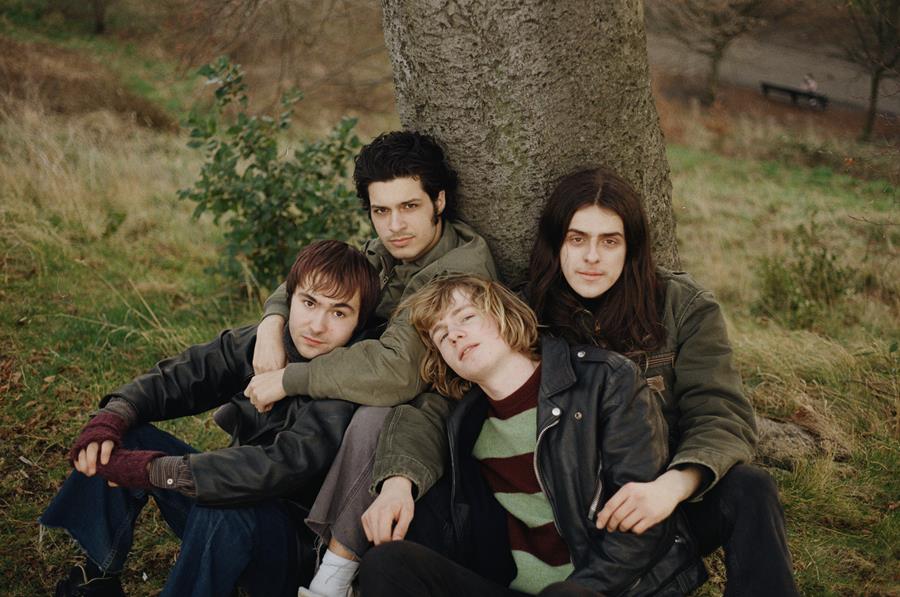 Island of Love – the London indie quartet making their name as Third Man London‘s first signing – have shared new track “At Home” and its accompanying video, which was directed by Ben Chappell (Arctic Monkeys, Girls, The Raconteurs).

Stream the track and pre-save the Songs of Love EP HERE, which will be released digitally this Friday, March 18th 2022, followed by a limited edition 7″ vinyl release on July 1st.

The band’s Linus Munch had the following to say about “At Home”:

“The song was inspired by two things: being sent home from work at the start of the pandemic and a conversation with Karim about how there aren’t enough indie tunes with D-beats. If either of those sound familiar to you then this should be right up your alley…”

The band has also announced a UK tour with kindred spirits Hotline TNT, as well as a slew of appearances at European festivals, including Get Together Festival, Dot To Dot Festival, Liverpool Sound City, Bigfoot Festival, and Left of the Dial Festival.

See below for all currently announced dates.

WATCH THE “AT HOME” VIDEO

WATCH THE “SONGS OF LOVE” (LIVE FROM TMR LONDON) VIDEO

Originally called ‘Love Island’ – until “Linus didn’t make the audition process so we jumbled it around” or, possibly, for legal reasons – Third Man London’s first signing settled instead on “Island of Love.”

For the label, an island within the UK music scene is exactly what Karim, Linus, Daniel and Jimmy are: feedback-fueled adolescents with a depth of songwriting unheard since Teenage Fanclub’s formative Catholic Education, and late ’80s Dinosaur Jr . So mind-bendingly good are the group that Third Man co-founder and owner Ben Swank presented an offer approximately thirty seconds after they played the opening weekend of Third Man’s new Soho digs (…new to the extent that drummer Jimmy left the stage with paint up his back).

Ben had the following to say about Third Man’s decision to take on Island Of Love:

“I grew up a working class kid in Ohio, coming of age in the early 90s… did Island of Love’s songs immediately strike a note of familiarity to the heart strings of this former teenaged lo-fi obsessed anglophile? Yes they did. But it was no mere nostalgia (a ridiculous concept if ever there was one…).

IOL delighted and excited me from the second their corpse paint began to drip in the cold Brighton sun. They write killer songs and back them up with an exuberant stage show, ridiculous solos and harmonies acquired only through hours sat alone in one’s room, staring at Kinks 7″s revolving around the Dansette for hours.”

Bonded by playing in various punk, hardcore and metal bands in their hometown of London, Island of Love’s now double frontmen, Linus and Karim, would write and share demos between their family homes. The lo-fi, fuzzy fruits of these sessions melded into 2020’s now much sought after seven song Promo Tape.

Now, no longer a bedroom project, the four-piece’s first collaboration with Third Man is the EP Songs of Love: twelve minutes of adrenaline, awash with guitar distortion, Linus and Karim’s dark harmonies and contemplative lyrics beyond their teenage years.

Out March digitally and July 1st on super-limited 7″ vinyl, this special release is sure to go down in both the TMR history books as well as mosh pits nationwide. 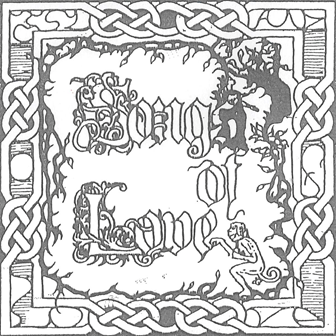 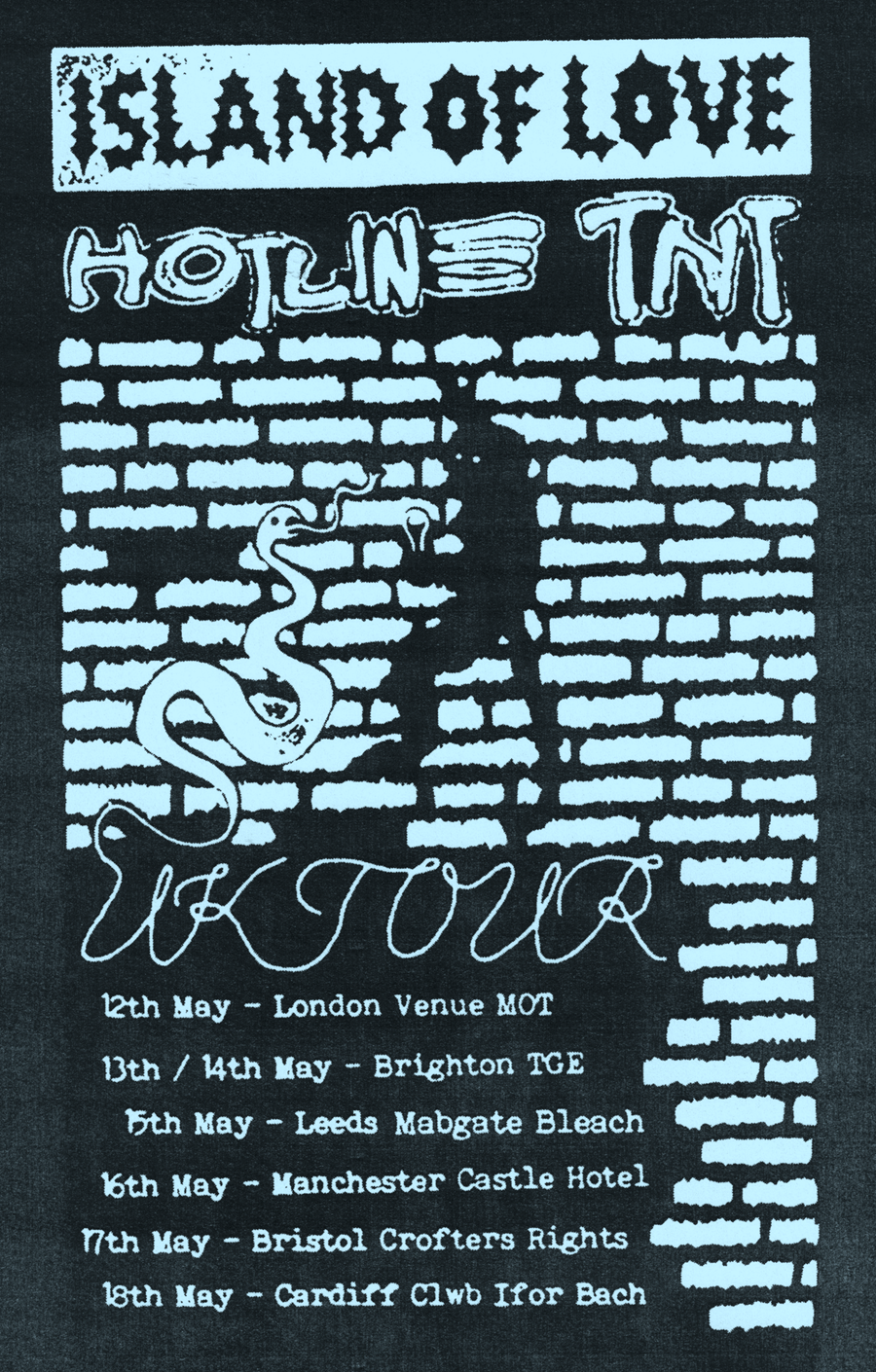 Island Of Love are: