NEW ALBUM “AS BLUE AS INDIGO” OUT TOMORROW, JUNE 18TH VIA BLAME RECORDINGS 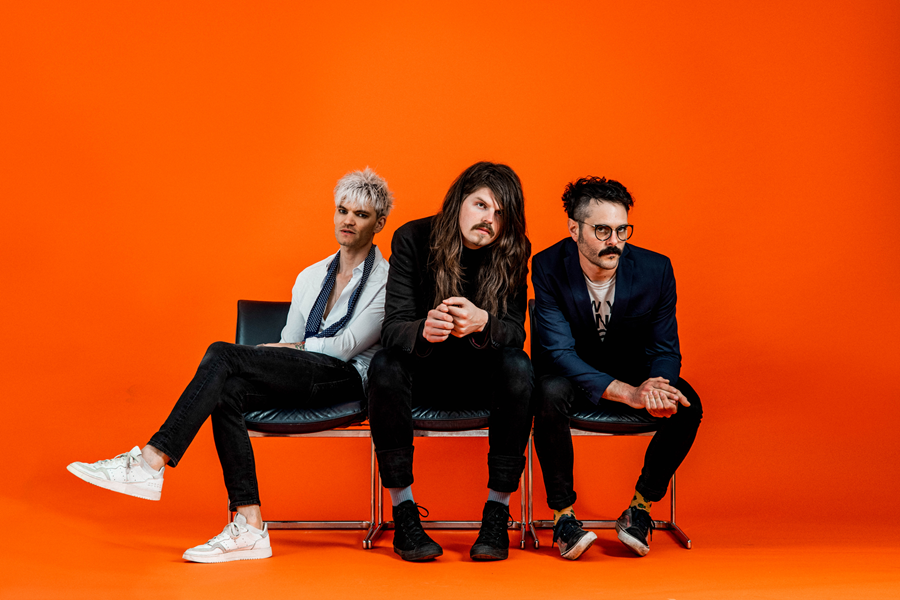 Selected praise for “As Blue As Indigo”:

“Long-awaited second album from bombastic Brighton rockers Tigercub brilliantly redefines who and what they are… a rebirth of a maverick rock’n’roll poet.”
KKKK – Kerrang!

“A swaggering rock’n’roll record, stacked with monolithic riffs and packed with hooks.”
**** – DIY

“It’s a return that confirms the brains behind the project, Jamie Hall, as a grunge and garage rock mastermind… three years away have only done favours for the underground icons”
**** – Dork

“Tigercub epitomise the exciting talent bubbling beneath the mainstream surface of the UK’s rock scene.”
CLASH

“Delves deep into your mind with thunderous riffs and delicate vocals.”
Rock Sound

Tigercub have rewarded us with a steady stream of strong singles this year with the likes of “Beauty”, “Beat On My Heart (Like A Bass Drum)”, “Blue Mist In My Head” and the gentle “Funeral” all shared with us since the announcement of their much-anticipated second album, “As Blue As Indigo”, out tomorrow on June 18th through Blame Recordings.

The record, that Upset calls one to “cement them at the top of the food chain”, was written and produced by the band’s own Jamie Stephen Hall, engineered and co-produced by Adrian Bushby (Foo Fighters, Muse) and subsequently mixed by Tom Dalgety (Pixies, Ghost, Royal Blood). Written over two years, “As Blue As Indigo” champions introspection drawing on the subjectivity of colour.

Available on LP, CD and digital formats, you can pre-order the record HERE

Jamie had the following to say about the themes behind their latest song:

“I try to be happy in my helpless mind. My depression is an illness that seems to sleepwalk into my consciousness out of nowhere and can totally shut me down. Despite my best efforts I can’t control it, it makes me manic and up until this record I just couldn’t talk about it. Writing ‘As Blue As Indigo’ was one of the most cathartic periods of my life, it took a piece of me.

Sleepwalker is another piece of the puzzle, the next phase of my mental re-appraisal. It is Tigercub at its absolute heaviest. “

The band announced a headline tour last month and are also delighted to be taking part in Download’s Pilot event this coming weekend, performing on the Saturday 19th June.

In celebration of the critically-acclaimed record, the band bring their incendiary live show online for a very special livestream release party on 23 June 8PM BST.

Tigercub will be playing the following live dates: 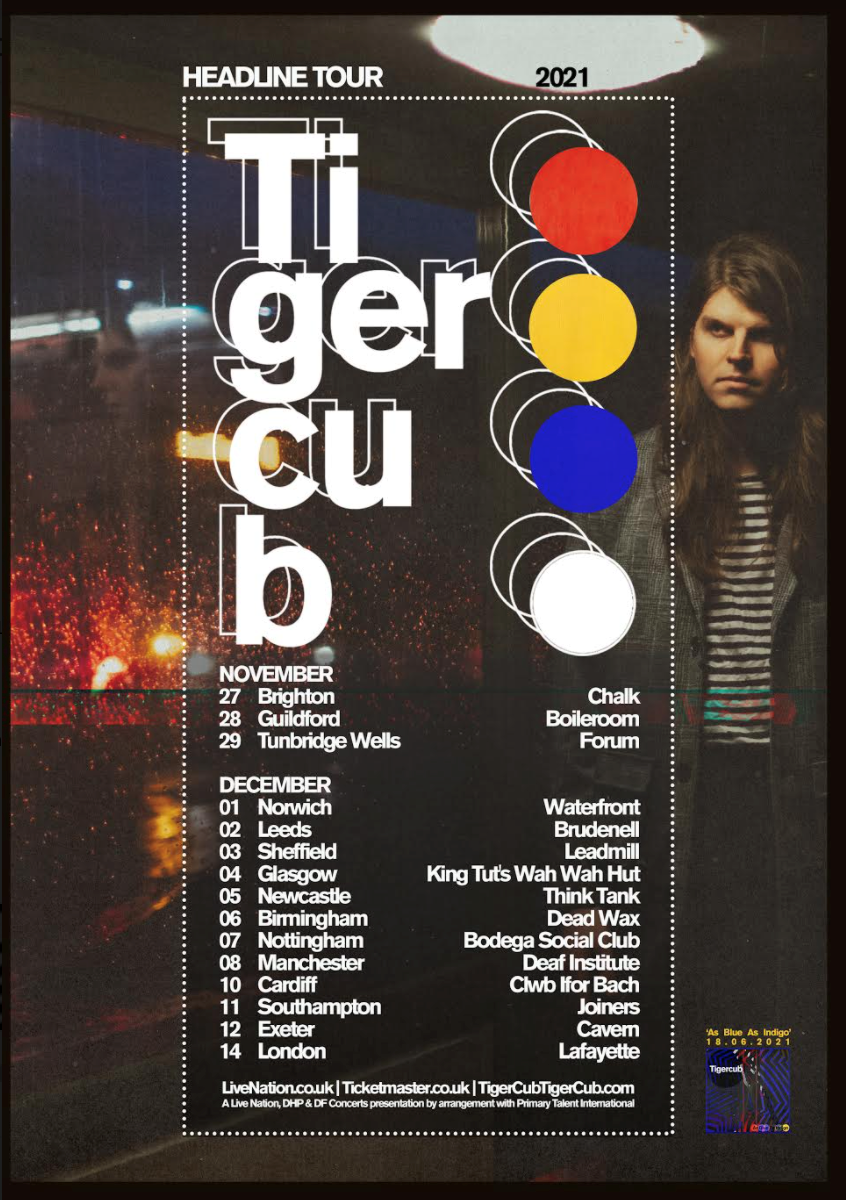 Jamie, who stands 7 foot tall and is the band’s sole songwriter, claims the creative fire for “As Blue As Indigo” was sparked by colour theory and the notion that what each human eye sees as colour could be totally subjective. That idea led him to explore his own personal issues through a similar prism, exploring topics including anxiety, depression, toxic masculinity, the death of his grandmother and the recent suicide of a close friend; and in turn began spinning the lyrical thread that ties the entire record together. Putting himself under the microscope was to become key:

“I never really felt in the past that I could talk about really personal things. I’d always used a mask. It’s quite easy to do that because you’re not exposing yourself in anyway. I’d always subconsciously tried to shy away from talking about myself,” he notes. “I didn’t want to do that anymore. I wanted this to be about me and process my emotions for the first time. I think that’s made us more genuine and authentic as a band”

“As Blue As Indigo” is as colourful a journey as the vivid title suggests, its ten tracks span the progressive to the immediate, the gentle to the monolithic, and most of all fulfill the significant potential the band have always promised. “As Blue As Indigo” is an album that looks set to cement their place at the top table of British rock acts in 2021. 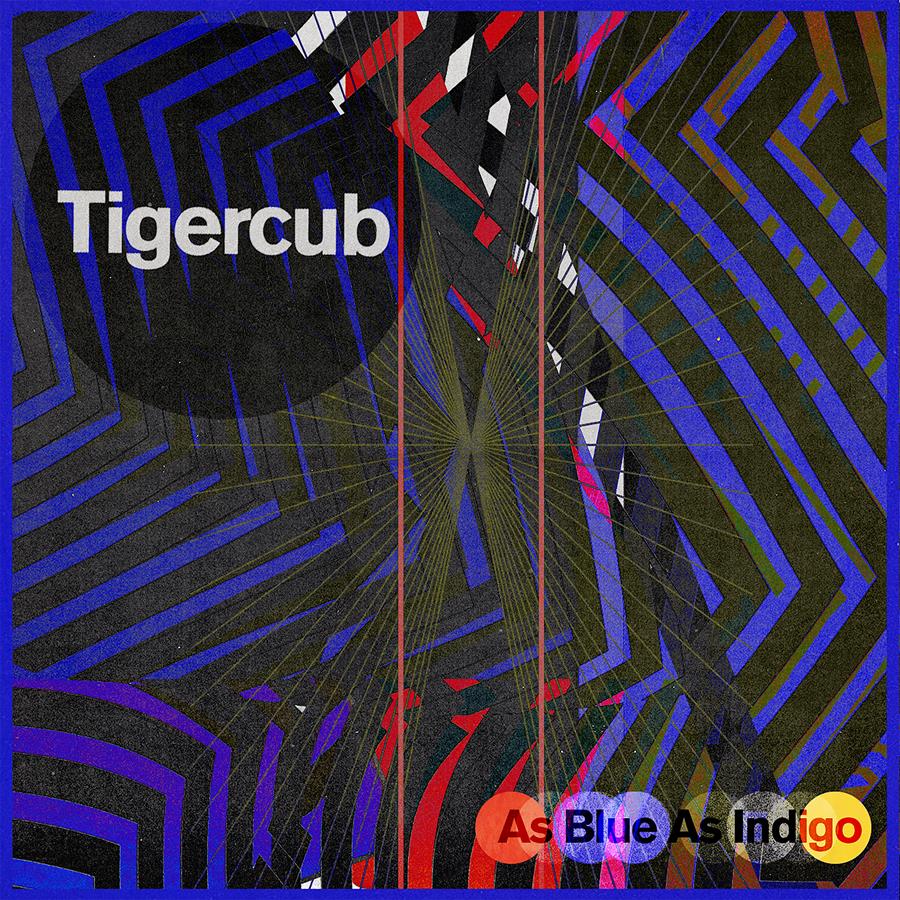 Back in 2018 the Brighton-based three piece were on the crest of a wave. As well as regular plays on daytime Radio 1 and a Rockest Record from the Radio 1 Rock Show, years of near non-stop touring had seen them sell out The Scala and play a triumphant hometown show at The Concorde 2. On their last EP, Evolve Or Die, they’d pushed the live-wired sound of their 2016 debut, Abstract Figures In The Dark, massively broadening their sonic palette and delivering Tigercub’s pile-driving guitar gut-punch within an intense digital static.

It seemed like a good place to put things on pause for a bit and in the downtime the band’s lead songwriter and frontman Jamie Hall started tinkering with his own brand of gonzoid psych-pop under the name Nancy. Intended only as a DIY experiment, the project massively took off. Nancy was Hype Machine’s most blogged artist, Hall bagged two record deals and played a string of dates around the world. Not bad for something he’d done in his bedroom chiefly to keep his songwriting chops up. Enough to keep you busy you’d think, but Hall was itching to get back to the day job, determined to use all he’d learned from the solo project to further Tigercub on their return. And what a return it is.