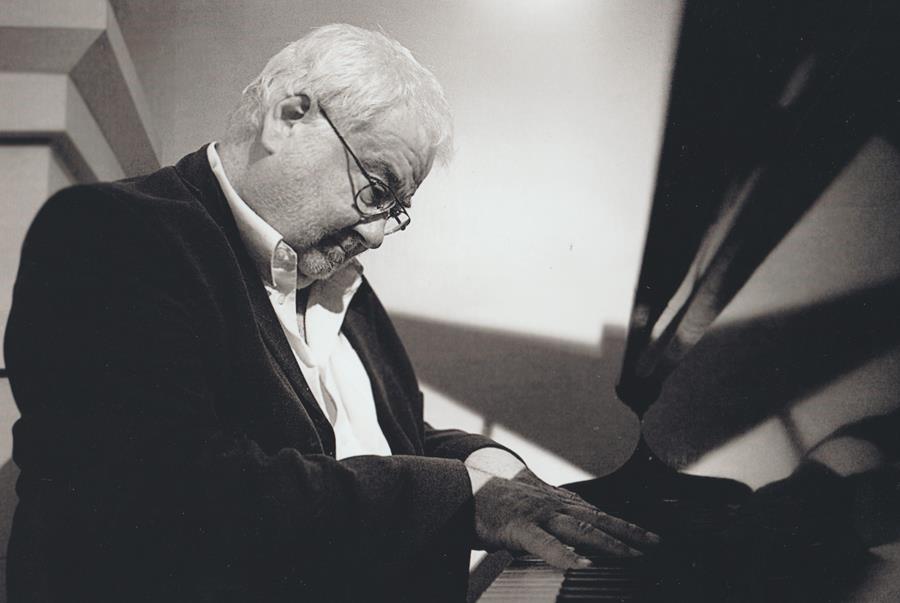 Today, British jazz mainstays Tony Coe (father of Gideon Coe) and John Horler have announced the release of a new album entitled “Dancing In The Dark”. The album features previous unreleased recordings from a live performance in 2007 and is due out 13th August via London tastemaker label and analogue specialists, Gearbox Records.

Piano and clarinet duo albums are few and far between within the jazz canon. In the case of “Dancing in the Dark”, versatile horn player Tony Coe chose to stick to the clarinet as his saxophone case was too heavy, or so that’s how pianist John Horler recounts it. The performance in question takes place at St Michael’s Church, Appleby in 2007 as part of the annual Appleby Jazz Festival. The setting is warm and intimate as is the church acoustic, a perfect backdrop for the varied repertoire of standards and original compositions performed.

Coe and Horler dance their way through Bill Evans’ “Re: Person I Knew” and Cole Porter’s “Night and Day” as well as Horler’s own “Piece for Poppy”, dedicated to his partner Wendy and John Keats, and Coe’s contrafact to Autumn Leaves, titled “Some Other Autumn”. Both players push and pull the well-known melodies to suit the moment yet maintain complete synergy with one another, with Horler’s Bill Evans-esque chord voicings and meandering lyrical interludes giving platform to Coe’s resounding, cadenza-like improvisations.

Coe recounts this as “one of my very best performances, which would not have been possible without a partner who is one of the finest jazz pianists in the world.” The respect from Horler is mutual, with him noting, “Tony was such a great player that it took some time for me to realise that I could play a bit too…”

Their trust in each other, in the music, and in the moment, rings true with this live performance ‘Dancing in the Dark’, which finally sees the light of day on LP, CD, and Digital this summer. The record was produced, engineered and mixed by renowned bassist Andy Cleyndert, and will also feature liner notes from award-winning critic Dave Gelly MBE, as well as two-time Academy Award nominated film director, screenwriter, and composer, Mike Figgis (Leaving Las Vegas, Internal Affairs).

Alongside today’s announcement, the duo have shared the first track to be released from the album “Piece For Poppy”. A delicate and passionate original by Horler, the single sees the duo interweave evocative melodies, ebbing and flowing between subtly dramatic, expansive, and often uplifting musicality. 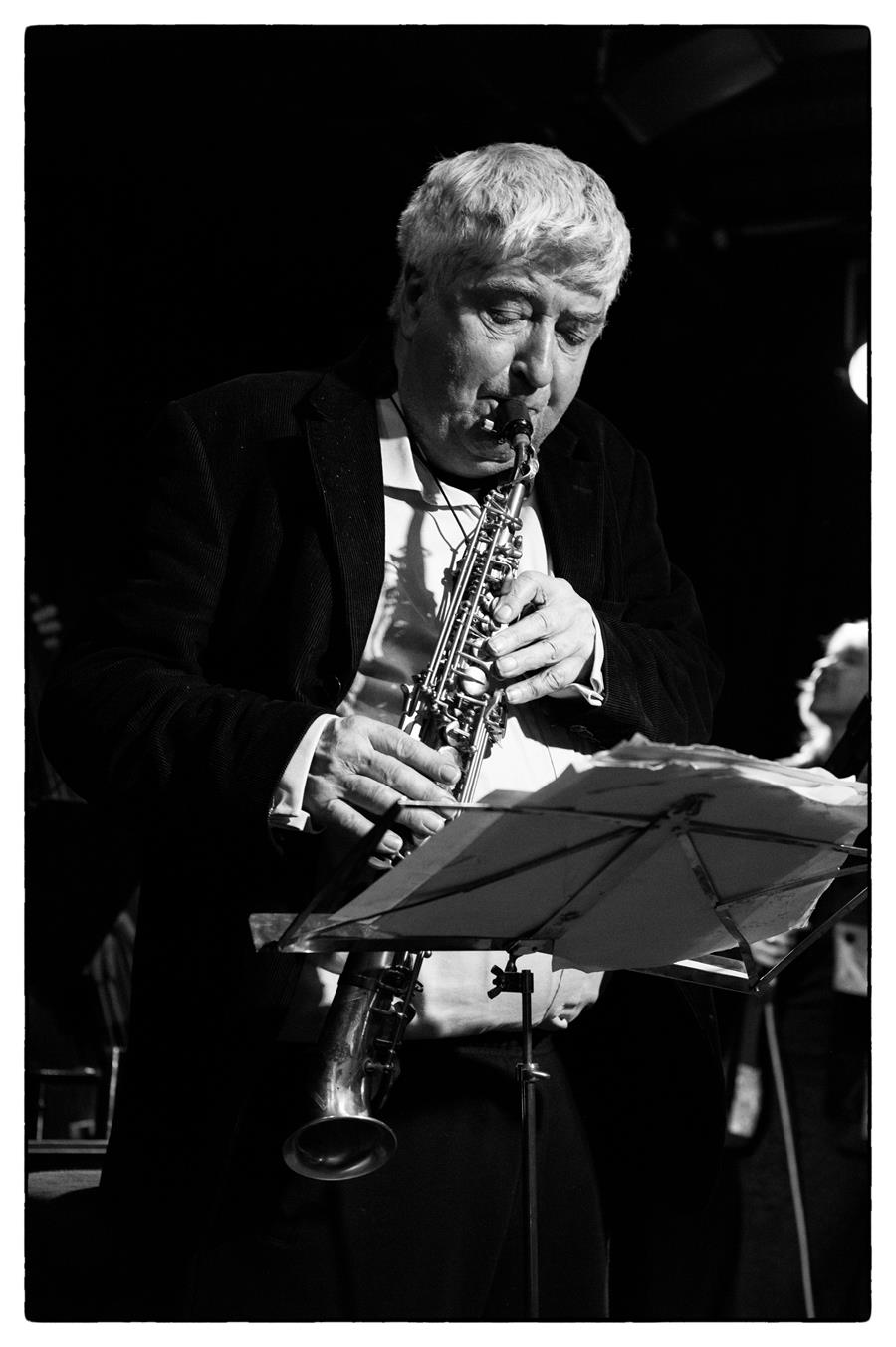 John is a highly respected pianist and composer who has earned a formidable reputation on the British jazz scene over many years.

His career began in the late 70s, where his route to success was through pub gigs and appearances on BBC’s Jazz Club, funded by work as a successful session musician. As his reputation grew he found himself increasingly supporting American jazz stars, such as Bob Brookmeyer, Clark Terry, Zoot Sims, Al Cohn, Art Farmer, Pepper Adams, Bud Shank, and Shorty Rodgers. One of the most memorable of these events was working with Chet Baker for a week at The Canteen in Great Queen Street.

He worked closely with Pete King, Tommy Whittle, Tony Coe and the late great Ronnie Ross for many years, playing regularly in their groups and recording with them. John became the piano player for John Dankworth and Cleo Laine in 1983 and remained with them up to the present day.

In 1993 he started making his own recordings, highlighting his own compositions alongside his favourite standard tunes. The first recording was Lost Keys recorded with Jeff Clyne and Trevor Tomkins in 1993. More recently, he collaborated with Sam Burgess and Mike Smith as The Modern Jazz Trio – The Key to it All released by Divingduck Records in April 2007.

Tony Coe was the first non-American to receive the jazz world’s ultimate accolade – the Jazzpar Prize, otherwise known as the ‘Jazz Nobel’, which he was awarded in 1995.

Clarinetist, saxophonist and composer, he was invited to join the Count Basie band and was featured in the bands of Humphrey Lyttleton, John Dankworth, Kenny Clarke/Francy Boland,Stan Tracey and Henry Mancini (playing the tenor saxophone theme in most of the Pink Panther films), working and recording with musicians including Stan Getz, Dizzy Gillespie, Sarah Vaughan, Carmen Macrae, Buck Clayton, Ben Webster, John Dankworth, Cleo Laine, Joe Turner, Zoot Sims, Teddy Wilson, Ronnie Scott, Lee Konitz, Jimmy Rushing, Michel Legrand, Kenny Wheeler, Bob Brookmeyer and Clark Terry. He was musical director of ‘Lady Day’, a play about a period in the life of Billie Holiday, starring Dee Dee Bridgwater, in which he also featured as solo performer and actor. In 1999 he was invited to tour Europe with a band of Duke Ellington sideman including trombonist Britt Woodman and bassist Jimmy Woode.

For several years he was a member of the chamber ensemble Matrix, founded by clarinetist Alan Hacker, performing and broadcasting music spanning a huge range of styles and periods, from the 11th-century Hermannus Contractus through to Harrison Birtwistle. He has also played under the directorship of Pierre Boulez.

Tony solos on many film soundtracks for instance in the seduction scene in ‘Superman II’, on solo clarinet with the orchestra in Blake Edwards’, ‘Victor Victoria’, which featured Julie Andrews, and on tenor sax and clarinet in ‘Leaving Las Vegas’ by Mike Figgis.

As a composer Coe has several film scores to his credit including a two hour piece for chamber orchestra to accompany the Marie Epstein silent film Peau de Peche. With the aid of Arts Council grants and various commissions he has produced several large-scale works many of which have been broadcast by the BBC. He composed and or arranged and played on every track of the world music album ‘Les Voix d’Itxassou’ [Disques Nato] which features artists as diverse as Marianne Faithful and Ali Farka Toure.

In 1998 he received an honorary doctorate in music from the University of Kent. He has received the BT jazz clarinet award four times. 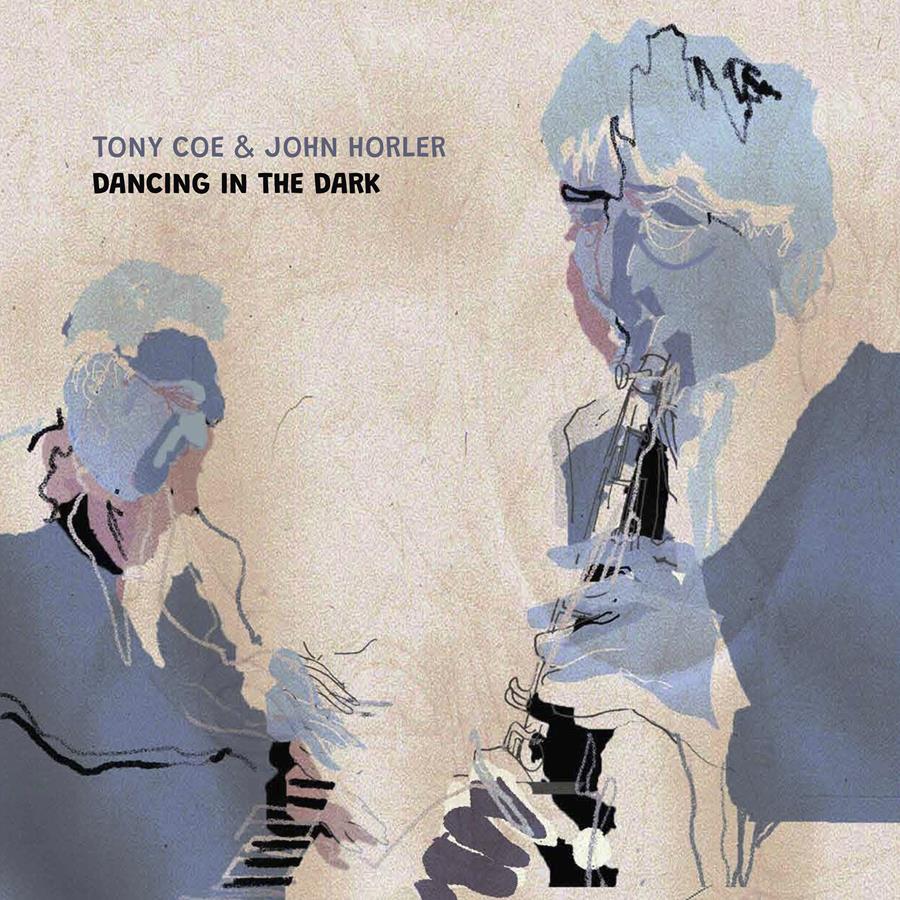 Tony Coe and John Horler
Dancing In The Dark

TRACKLISTING:
A1. Re: Person I Knew
A2. Night and Day
A3. Body and Soul
A4. Some Other Autumn

B1. Piece for Poppy
B2. Dancing in the Dark
B3. Around in Three
B4. Blue Monk

The Joy Formidable share video for new single "Back To Nothing"

The Joy Formidable share video for new single “Back To Nothing”