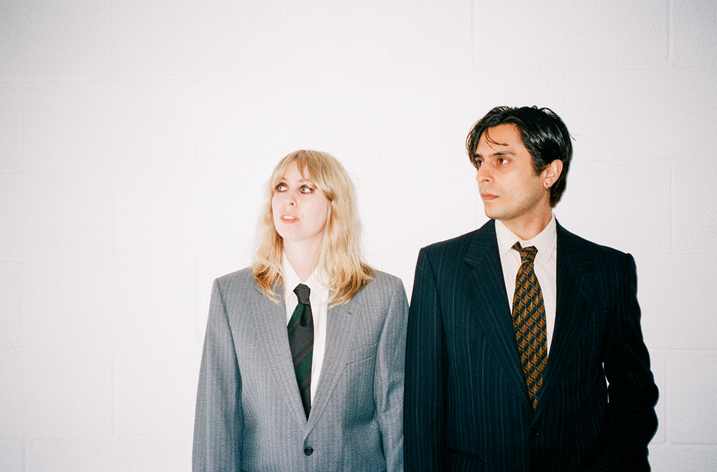 Previous praise for Wings Of Desire

Today (13th August), the enigmatic Wings Of Desire release their new EP Amun-Ra via WMD Recordings, which includes previous singles ‘Better Late Than Never’ (video here), a song about self-discovery, and the freeing ‘Choose A Life’ (video here). They also announce their debut and headline show at London’s Sebright Arms for 27th September with tickets on sale now here.

Paired with the EP, they also share new single ‘OUTTAMAMIND’ which is inspired by the concept of reincarnation, parallel lives and the Mandela effect. If these concepts are true then it can make us wonder how many lives we have lived and who we have been, or are we just repeating the same life over and over again until we’ve pulled off the “perfect life”.

Watch the video for ‘OUTTAMAMIND’ HERE.

On the video, Wings Of Desire say, “The visual for OUTTAMAMIND came from our love of the countryside. Growing up in the West Country there were so many ancient paths to walk, it felt easy to immerse yourself in the folklore and the magic. We rediscovered how important being outside is, away from the screens and the modern world distractions, it can feel very grounding to go and explore the sacred sites of the neolithic age. We shot it at Avebury, which is home to the biggest stone circle in the world. One of Derek Jarman’s first short films Journey to Avebury was also shot between the megaliths, and kind of inspired us to show our appreciation for that 60s whimsical englishness and the simplicity of a pre internet world. And there’s definitely a little nod to Robin Hardy’s The Wicker Man for good measure.”

Amun-Ra moves on from the observant nature of debut EP End Of An Age and into a more inwardly focused journey of self-discovery. It is named after the ancient Egyptian deity, the transcendental creator of the universe and the god of light. It represents unlimited and boundless freedom. It explores the trappings of time, ageing, and looks back with a nostalgic glow on past misdealings and successes. Amun-Ra leaves breadcrumbs for anyone growing up and asking the big existential questions on life, lighting the way for the disenfranchised. Sonically the EP continues the exploration of 60s pop songwriting, noise rock, and euphoric atmospherics, and lifts it into new horizons. Produced by the band and mixed by kindred spirit Vincent Cacchione (Caged Animals). 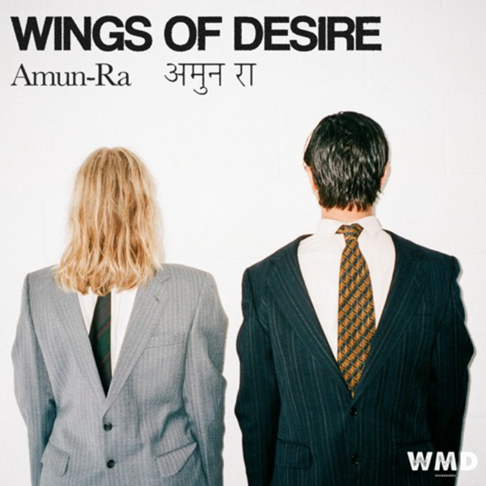 Amun-Ra
out now via WMD Recordings

About Wings Of Desire:

Wings of Desire were born out of a need to understand the world. James and Chloe are a couple that spent many a night obsessing over their favourite musical eras (Krautrock, Berlin-era Bowie, Early Noughties New York, and Factory Records) and fiercely debating everything from 60s counter culture to the human condition. What naturally came together was a musical project that conveys the complexities of life against an immersive and sentimental backdrop.

We live in a world that has lost its nuance. Life really isn’t one way or another. It’s an amalgamation of questions that don’t really have answers, and trying to erase the social expectations we have all been exposed to. If you’re not evolving and questioning the path that’s laid out for you, are you really living? Wings of Desire think the point of music is to shine a light on those universal feelings, and remind us that life is infinite.

Wings Of Desire have been supported by Steve Lamacq and Chris Hawkins on BBC Radio 6 Music, John Kennedy on Radio X, The Line Of Best Fit, DORK, The Independent, and more