Free Fall / Fading Out out now via Dine Alone Records 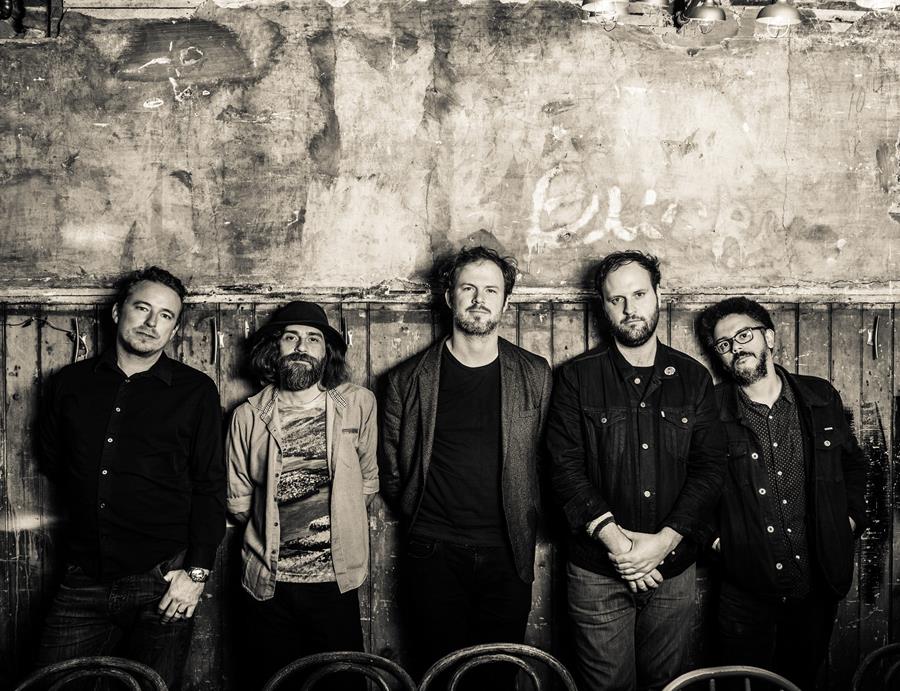 Today, Wintersleep are sharing the video for their new track Free Fall. Released digitally alongside Fading Out last week – the songs having originally been an exclusive 7″ for Record Store Day – Free Fall’s video lands just as the band get their EU / UK tour underway. Free Fall again sees the band link up with award-winning film-maker Christopher Mills – creator of their astonishing animated video for Forest Fire – who offered the following thoughts on project.

“For me, this song is the sound of the wind if you’re in a forever fall through a bright and colourful sky. If you were falling into infinity, it seems likely that, at some point, the world around you would become abstract, and you might imagine people falling around you, or the shapes of their bodies absorbed into clouds that would then shift and evaporate into even more abstract shapes.”

He continues; “The urgency of this music, romantically embracing what could be our last epic journey of a plastic-congested spin around the earth was something I wanted to turn into a bright and flashing dance video you could put up on your video projector with your friends. The construction of this idea and world is a bit like taking an old spinning rolodex, and adding layers upon layers of clouds, atmosphere, and people. Free Fall wanted to feel like a sort of cuckoo clock like installation that could sit on your desktop, for you to get lost in. Static paintings find their movement through spinning layers, and data-moshing. The video ends with a sombre reflection of the last fall from grace into a plastic polluted, dystopian sea, no less beautiful because of its floating forms, and endless blue colours.”

Watch the video below.

Free Fall and Fading Out mark the latest in a particularly fruitful release period for the band, having earlier this year put out their seventh full-length album In The Land Of – a long-listed album for the Polaris Music Prize. Last week, the band received a further three Music Nova Scotia nominations, for Alternative Recording, Group Recording and Best Video for Forest Fire. They also contributed a track, The Twist, to the recent Tiny Changes – A Celebration of The Midnight Organ Fight (Atlantic Records) release, a tribute to the late Frightened Rabbit singer Scott Hutchison, to whom the band had become close co-conspirators.

Like all Wintersleep records, In the Land Of encourages thought and introspection. The new record’s title is an incomplete thought, a blank that is filled in across the record with different places, words, and sounds. Free Fall and Fading Out mark themselves out as outstanding additions to the band’s canon – proud extensions to the album – all thoughtful anthemia and rousing, sky-high melodies.

The band says of them; “These are both songs we’re incredibly proud of recording and sharing with you. Free Fall is a really exciting song for us. It taps into our love of progressive rock songwriting. We kept it off In the Land Of because it has such a strong identity on its own. Fading Out is a sort of bridge from Great Detachment to In the Land Of era of songs, completed a bit too late to be included with Great Detachment but one of the first tracks we worked on when we started getting ready for In the Land Of. It’s interesting as it sort of gave In the Land Of a direction but ended up being a bit of an outlier. It has this neat guitar line that somehow ties in sonically with Free Fall and feels like a really good accompanying track. Both songs centre around the idea of dissolution. Fading Out starts as a sort of conversation about a dissolving relationship. Free Fall around the idea of coming to terms with the death of a loved one, how to continue living with someone after they have passed, taking the relationship forward into future.”

Listen to Free Fall / Fading Out on Spotify HERE

This month, Wintersleep are on the road with tour dates throughout Europe and the UK, before heading home to play a number of dates in North America. Full tour dates can be found below. The JUNO Award winners have previously toured several continents and shared stages with Pearl Jam, Editors, The Maccabees, Frightened Rabbit, Broken Social Scene and The Hold Steady, a performance on Late Night with David Letterman and even an opening slot for Sir Paul McCartney. 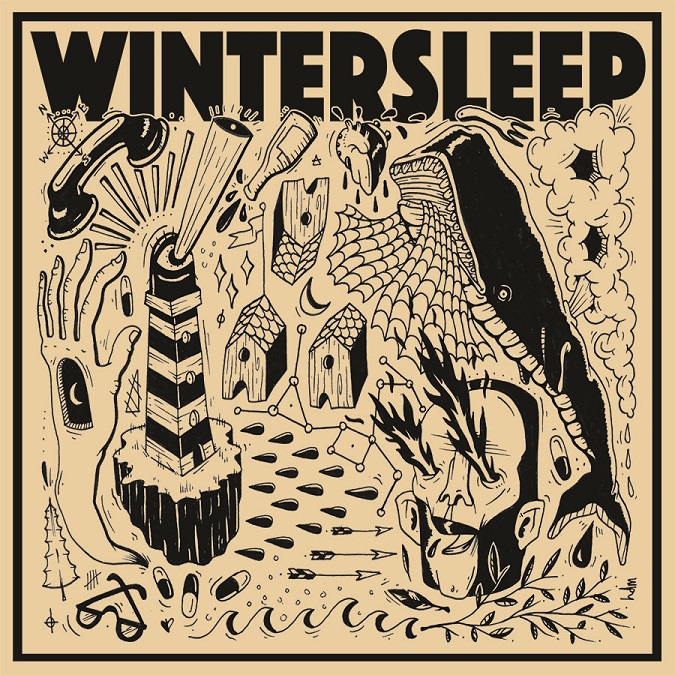 Finding Ways To Get Fit As A Team